Is There Such A Thing As Islamophobia?

I have to laugh whenever I hear the term ‘Islamophobia’   Phobia is defined as ‘A persistent, abnormal, and irrational fear. There has certainly been a persistent fear about Islam (for 1,400 years... 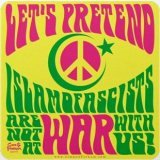 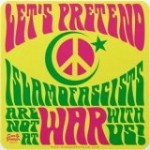 I have to laugh whenever I hear the term ‘Islamophobia’

Phobia is defined as ‘A persistent, abnormal, and irrational fear.

There has certainly been a persistent fear about Islam (for 1,400 years to be precise), but there is nothing abnormal or irrational about it. In fact, fear of Islam is completely normal and totally rational for any sane, objective human being.  It is a natural human instinct and completely rational to fear the rapist, the murderer, the torturer, the brutalizer, the decapitator, the amputator, the mutilator, the slaver, the thief, the narcissist, the genocidist, the sexual deviant, the human trafficker, and the pedophile.

It is well documented in Islamic texts (the Koran the Hadith, and the Sirah Rasul Allah) that Mohammed was a sadistic sociopath who committed each of these horrible trangressions against humanity, and more. Yet Islam upholds Mohammed as an example of the perfect man, al-insan al-kamil, a role model to be emulated by all Islamists.

This is why, after the Hijra, as Mohammed became the archetypal Islamic terrorist, Islam devolved into a brutal cult of subjugation and terror, exterminating all other religions on the Arabian peninsula, followed by wars of Islamic imperial conquest against the Jews of Israel, the Zoroastrians in Persia, the Hindus & Sikhs in India, the Buddhists of Afghanistan, the animists of North African, the Catholics of Spain, the Christians of Europe. All in the honor of the ‘holy’ example of Mohammed.

We must be honest and admit that Islam is an ‘ideology’ that has sanctified these crimes by making them a central part of its cannon, the deeds and dictates of Islam’s perfect man, Mohammed. Knowing these truths and the truth about todays Islamic terror, rooted in the same inspiration (the examples of Muhammed), is there really such a thing as ‘Islamophobia’…..the irrational fear of islam? I would have to say no, there is nothing irrational about it.