The "Iron Dome" defense system shot down a Tel Aviv-bound rocket on Saturday as Israel geared up for a possible ground invasion.... 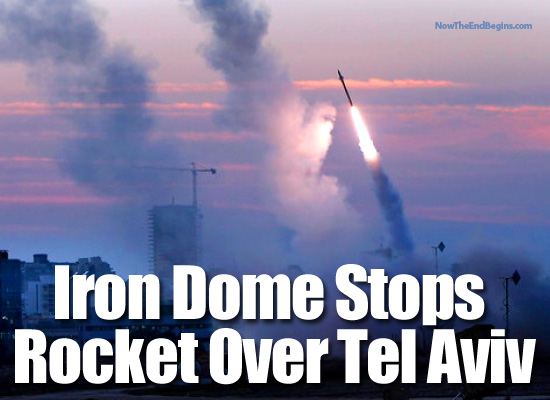 Iron Dome gets the job done

GAZA/JERUSALEM (Reuters) – Israeli aircraft bombed Hamas government buildings in Gaza, and the “Iron Dome” defense system shot down a Tel Aviv-bound rocket on Saturday as Israel geared up for a possible ground invasion.

Hamas, the Palestinian Islamist group that runs the Gaza Strip, said Israeli missiles wrecked the office building of Prime Minister Ismail Haniyeh – where he had met on Friday with the Egyptian prime minister – and struck a police headquarters.

Along the Tel Aviv beachfront, volleyball games came to an abrupt halt and people crouched as sirens sounded. Two interceptor rockets streaked into the sky. A flash and an explosion followed as Iron Dome, deployed only hours earlier near the city, destroyed the incoming projectile in mid-air. 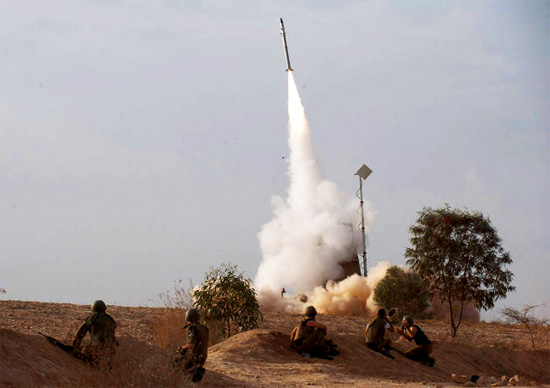 With Israeli tanks and artillery positioned along the Gaza border and no end in sight to hostilities now in their fourth day, Tunisia’s foreign minister traveled to the enclave in a show of Arab solidarity. source – Yahoo News