Sunni insurgents advancing on Baghdad after taking Mosul have captured the city of Tikrit, the home town of Saddam Hussein, as government forces disintegrate and fail to offer resistance.... 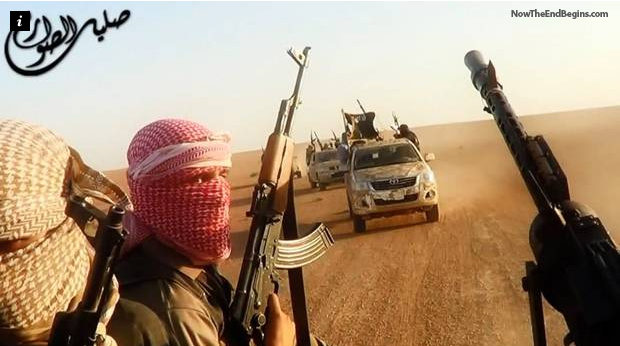 When Barack Obama issued the order to abandon Iraq after 10 years of fighting there, he left the job largely unfinished. The Iraqi government was not left with the tools they needed to defend themselves against a real foe, as was evidence in the lightning-swift collapse of the cities of Mosul and Tikrit over the last 72 hours.

The UK Independent reports that Sunni insurgents advancing on Baghdad after taking Mosul have captured the city of Tikrit, the home town of Saddam Hussein, as government forces disintegrate and fail to offer resistance. Iraqi soldiers and police are reported to have discarded their uniforms, changed into civilian clothes and fled after firing only a few shots.

Iraqi officials have told The Independent they do have “an anti-terrorism force capable of resisting Isis and recapturing Mosul, but they are few in number.” The speed of the collapse of the regular security forces, about 900,000, will also make it difficult to stage a counter-attack before more cities are lost.

The offensive led by the fundamentalist Islamist group Isis appears to be turning into a general uprising by Iraq’s Sunni Arab community that lost power when Iraq was invaded by the US and its allies in 2003. Militants from Isis have taken the refinery town of Baiji on the Tigris, which is also the site of a power station supplying Baghdad. Some 250 guards protecting the refinery withdrew after militant fighters asked local sheikhs by mobile phone to tell them to pull out or face a fight to the death.

In Mosul, Isis has been seeking to reassure the local population by knocking on doors to tell people they would not be harmed and asking government employees to return to work. Many of those who fled towards Kurdistan when the city fell have returned as the Kurds would not allow them to enter Kurdistan Regional Government (KRG) territory.