Iranians May Get Their ‘Day of Rage’

Iranian opposition leaders Mir Hossein Mousavi and Mehdi Karroubi have requested a permit to gather at Tehran's Azadi square on February 14 in support of the uprisings in Egypt... 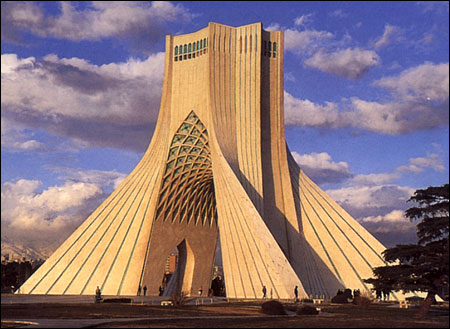 All Eyes on Tehran

The White House expressed Friday that the Iranian regime is afraid they are next in line after watching Mubarak’s fall from power. Robert Gibbs on his last day as Press Secretary said that Ahmadinejad’s government is not confident in its power, and that it is “quite frankly scared of the will of its people.” Gibbs remarked that Iran’s leadership is not in line with the people, and that if it were, they would have nothing to be afraid of. Iranian leadership has come out with constant threats against those that may try to organize and start another movement against the regime. “They’re scared of that, and they’re threatening those who might do it with death,” Gibbs said.

Iranian opposition leaders Mir Hossein Mousavi and Mehdi Karroubi have requested a permit to gather at Tehran’s Azadi square on February 14 in support of the uprisings in Egypt and Tunisia, and this is seen as a potential “Day of Rage” for Iran. The Iranian regime cracked down on demonstrators following the 2009 election and have vowed to do so if the people try to organize again.

The opposition is hoping the “Day of Rage” re-energizes the Green movement, which has been beaten back by a fearsome government crackdown since the 2009 riots. So far, the Feb. 14 protest has sparked considerable interest online – its Facebook page shows more than 17,000 people “likes.” source: Business Insider

It has not gone unnoticed that President Obama took a remarkably different position in speaking out about the Egyptian protests, versus his stance on the movement that took place in Iran in 2009.

Rep. Tom Price (R-Ga.), chairman of the Republican Study Committee, said in a statement Friday afternoon that Obama has not done enough in the past to stand up for protesters in Iran.

“The manner in which the Obama administration has chosen to be publicly active in the circumstances surrounding the protests in Egypt is in sharp contrast to the deafening silence that came from the White House when Iranian protesters were demanding change in their own country,” Price said.     source: The Hill

Rightfully so, President Obama has been criticized for staying silent during the Iranian uprisings, and not getting behind the people. If this movement gains ground in Tehran and the people rise up again in protest, we will be watching to see how he reacts. The actions the president takes will speak volumes about what his true goal is for the Middle East. Is it really to stand behind those who are fighting for freedom and democracy, or is it to ensure that the Islamic stranglehold continues to grow even tighter?

Why would the Iranian regime come out in support of the uprisings in other nations, but be so opposed to the wishes of its own people? The answer is quite simple. The regime has been singing the praises of the “Islamic Awakening” taking place in countries like Tunisia and Egypt, but the Green movement of Iran poses a threat to Islamic leadership. If the people had their way in Iran, there would be no Islamic Republic; Ahmadinejad and the Mullahs will certainly not allow that to happen without a fight.