Iran has demonstrated further evidence of its strict regime after the government cut internet links leaving millions without email and social networks. 'The interesting thing is that when asked,... 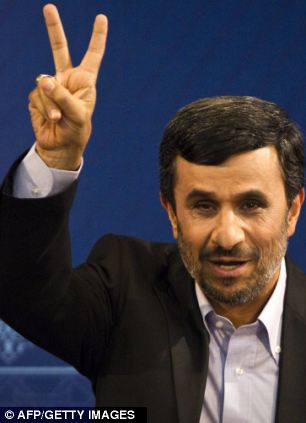 Iran has demonstrated further evidence of its strict regime after the government cut internet links leaving millions without email and social networks.

Interestingly, the shutdown comes at a time when inhabitants are preparing to celebrate the 33rd anniversary of the Islamic Revolution, with rumours of anti-government protests also planned.

But some internet boffins are rising above the crackdown, and accessing the web by using proxy servers over VPN connections.

Gmail, Google and Yahoo are all thought to have been restricted, and users have been unable to log in to their online banking.

‘The interesting thing is that when asked, they deny the fact that all these services are all blocked,’ an Iranian contacted by CNET said.

‘I don’t know the the infrastructure that they will use but I don’t think we have a way out of that one.

‘We are getting closer and closer to North Korea.’

Only last month, Mail Online reported how two Iranian bloggers had been captured and set to be executed, accused of ‘spreading corruption’ ahead of the parliamentary elections.

Four journalist were also arrested as Tehran cracked down on freedom of expression – much to the dismay of the Western world. Also last month, the country’s Information Minister announced plans for a goverment-run intranet, giving the state the upper hand in its cyber-battle with opponents. source – Daily Mail UK