Iran is continuing to prepare itself for war against the West, and now is warning of a coming great event. Many clerics in Iran have stated that Khamenei... 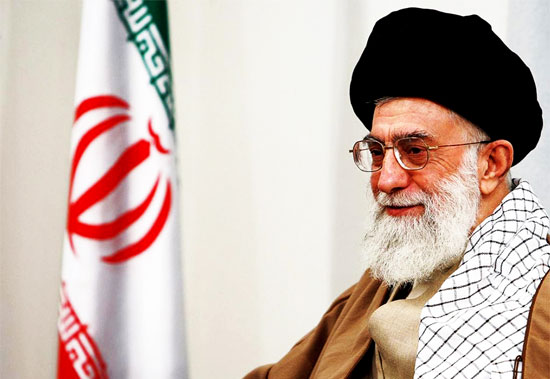 Iran is waiting for the Mahdi

Amid crippling sanctions over its nuclear weapons program, Iran is continuing to prepare itself for war against the West, and now is warning of a coming great event. “In light of the realization of the divine promise by almighty God, the Zionists and the Great Satan (America) will soon be defeated,” Ayatollah Khamenei, the Iranian supreme leader, is warning.

Khamenei, speaking to hundreds of youths from more than 70 countries attending a world conference on the Arab Spring just days ago, told a cheering crowd in Tehran that “Allah’s promises will be delivered and Islam will be victorious.”

The countries represented included Bahrain, Egypt, Libya, Palestine and Tunisia, all of which have been involved in the Arab Spring.

In his remarks, Khamenei advised the youths to remain vigilant, stating that the Islamic awakening in the region has delivered several blows to the enemies of Islam and that all Muslims, despite their own historical and social differences, remain united in opposing the “evil hegemony of the Zionists and the Americans.”

Khamenei then claimed the current century as the century of Islam and promised that human history is on the verge of a great event and that soon the world will realize the power of Allah.

Many clerics in Iran have stated that Khamenei is the deputy of the last Islamic messiah on earth and that obedience to him is necessary for the final glorification of Islam.

Khamenei has been heard to say that the coming of the last Islamic Messiah, the Shiites’ 12th Imam Mahdi, is near and that specific actions need to be taken to protect the Islamic regime for upcoming events.

Mahdi, according to Shiite belief, will reappear at the time of Armageddon. Selected forces within the Revolutionary Guards and Basij reportedly have been trained under a task force called “Soldiers of Imam Mahdi” and they will bear the responsibility of security and protecting the regime against uprisings. Many in the Guards and Basij have been told that the 12th Imam is on earth, facilitated the victory of Hezbollah over Israel in the 2006 war and soon will announce publicly his presence after the needed environment is created.

Sources within Vali’eh Amr, the revolutionary forces in charge of the supreme leader’s protection, also recently revealed an assassination attempt on Khamenei that was thwarted just in time.

SepahOnline reports that last year during Khamenei’s visit to the port of Asalouyeh in southern Iran, Revolutionary Guards found pistols and hand grenades hidden by one individual dressed as a janitor in a barracks that Khamenei was set to attend. The supreme leader was then returned to Tehran immediately.

Other sources within the Guards report that following Barack Obama’s letter to the Iranian leader last month requesting negotiations, Khamenei ordered Iranian officials to speak positively about holding nuclear talks and giving hope to Obama and other Western leaders that a negotiated solution is possible.

This was apparent after a trip of U.N. nuclear inspectors to Iran this week, who called the talks positive.

At the same time, his directive to the Guards ordered a speedy completion of the Iranian nuclear bomb program in which Guards’ missiles can be armed with nuclear warheads. Khamenei believes once that’s achieved, Iran can test a nuclear bomb, letting the world know that Iran has joined the nuclear-armed club and that any confrontation will result in destruction of much of the Western world.

The Revolutionary Guards not only can hit all U.S. bases in the Middle East with their ballistic missiles but also reach most capital cities in Western Europe. The Guards, with the help of China and North Korea, are working on intercontinental ballistic missiles. But more dangerous to America, as reported last July, is the Guards action in arming their vessels with long-range ballistic missiles and their expansion of their mission into the Atlantic Ocean, right into the Gulf of Mexico.

Any Iranian military or commercial vessel easily could get right outside the U.S. coastline and in less than 60 seconds fire a ballistic missile armed with a nuclear payload and detonate it over U.S. skies in an electromagnetic attack that would plunge America back into the 18th century.

Studies show within just one year after such an attack, two-thirds of Americans would cease to exist and the rest would live under dire conditions.

The radicals ruling Iran not only have prepared for mass suppression of their own people as they get close to their confrontation with the West, but also have prepared to fuel unrest through their proxies in the Middle East and elsewhere.

SepahOnline, with sources within the Guards, reports that Afghanistan will soon witness an increase in terrorist activities against U.S. forces. The Guards not only are training Taliban fighters in Iran close to the Afghan border, but are shipping armaments to forces in Afghanistan with an order to create instability by harming U.S. forces and destabilizing the Afghan government.

Guards agents have also been ordered to do the same in Bahrain, Saudi Arabia and other Gulf counties.

The Guards also announced the imminent formation of a defensive unit to deal with possible radioactive contamination. Although they did not say why, they could be preparing for a nuclear exchange with the West once Iran becomes nuclear-armed.

WND previously has reported that the chieftains in Iran also are preparing to execute their own internal critics and opponents at the right time.

This was similar to action taken by the founder of the Islamic regime in 1988, Ayatollah Ruhollah Khomeini.

In the book, “A Time to Betray,” it is documented when Khomeini announced the campaign, he said, “If the person at any stage or at any time maintains his (or her) support for the opposing groups, the sentence is execution. Annihilate the enemies of Islam immediately.” source – WND