“According to the report, the funds have been allocated to the rebuilding of Hamas tunnels and restocking of missile arsenals destroyed by Israel during Operation Protective Edge.” ... 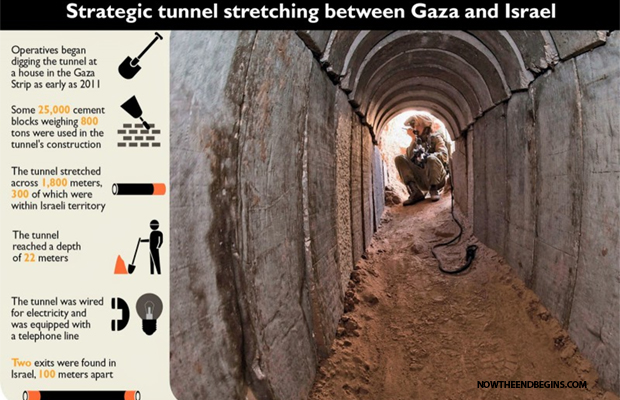 EDITOR’S NOTE: Barack Obama is a master of deception, distraction and political sleight-of-hand. All the while the negotiations were going on regarding stopping Iran’s ability to obtain nuclear weapons, Iran was secretly sending millions to Hamas to enable them to rebuild the deadly terror tunnels into Israel. Obama said nothing about this, in fact, he ran interference for Iran so this could go on.

In the midst of the so-called Iranian Nuclear “deal” in which Iran decidedly emerged the winner, and America the pathetic loser, Iran is transferring millions of dollars to the Izaddin Kassam Brigades, Hamas’s military wing, to rebuild the terror tunnels leading into Israel. These tunnels were destroyed by Israel, during Operation Protective Edge.

The Jerusalem Post reported: “According to the report, the funds have been allocated to the rebuilding of tunnels and restocking of missile arsenals destroyed by Israel during Operation Protective Edge.”

“Hamas leader Khaled Mashaal often resisted the Iranian support welcomed by the Izzadin Kassam Brigades, the Telegraph said. Yet with the escalation of Saudi-Arabian and Egyptian hostility towards Hamas, and with the strengthening of a Sunni Arab front against Iran, Hamas was left will no option but to accept the Iranian support.” [1] – source

It is unbelievable that we are even engaging in talks with these people. It is clear that their goal is to attempt to destroy Israel. Never before, in the history of the relationship between America and Israel, has there been such apathy and outright loathing for the Jewish people in Israel.

God will bring curses against the United States in response to Obama and his cursing of Israel. It is promised in God’s Word.

It is clear to us who belong to the Lord, that Obama was chosen by God to lead America at this time. Destruction is coming to America; this is sure. The Lord is true to His Word, and His anger is kindled against us.