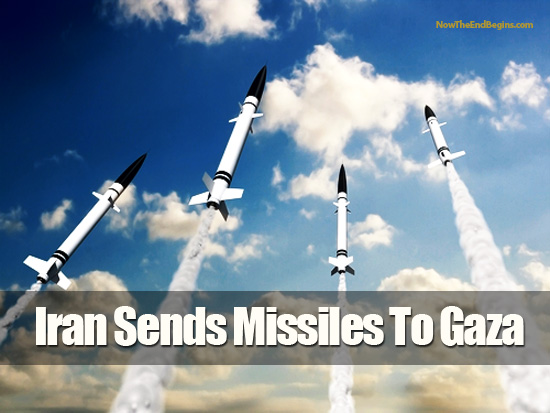 The Iranian weapons, called Fajr-5 missiles, give Hamas the ability to strike deeper into Israel than ever before.
by Geoffrey Grider November 19, 2012
NOW THE END BEGINS SHARE:

The Iranian weapons, called Fajr-5 missiles, give Hamas the ability to strike deeper into Israel than ever before.

The new Fajr-5’s have a 200-kilo warhead, which packs a bigger punch than the 175 kilos of explosives delivered by the rockets in current use with the Palestinian terrorists in the Gaza Strip.  To extend their range to cover the 85 kilometers from Gaza to Tel Aviv, Hamas removed a part of their payloads to make them lighter.

Tehran is sending the fresh supply of disassembled rockets to replenish the stocks its allies, the Palestinian Hamas and Jihad Islami, depleted in their round-the-clock attacks on Israel since Nov. 10.

To throw Israeli surveillance off the trail, the ship started its voyage called Vali-e Asr owned by the Islamic Republic of Iran Shipping Lines, and was quickly renamed Cargo Star and hoisted the flag of Tuvalu. This South Pacific island nation, which lies between Hawaii and Australia, has a tiny population of 11,000, most of them Polynesians. Iran provides most of its revenue since earlier this year when Prime Minister Willy Telavi agreed to register Iran’s entire tanker fleet of 22 vessels to Tuvalu, to help Tehran dodge the US-EU oil embargo.

Our intelligence sources have learned that four big Sudanese shipping boats sailed out of Port Sudan early Monday and are waiting to rendezvous with the Cargo Star and offload its missile cargo in mid-sea.

The Sudanese will then be told by Tehran whether put into Port Sudan with the missiles, or turn north and sail up the Red Sea to the Straits of Tiran to link up with Egyptian fishing boats which regularly ply this waterway in the service of Palestinian-Iranian smuggling networks. They would unload the missile cargo in a quiet inlet on the Sinai coast. From there, it would be carried to the smuggling tunnels running from Sinai under the border into the Gaza Strip.\

Palestinian teams assisted by Iranian and Hizballah technicians in the Gaza Strip would then assemble the new rockets and make them operational.

Through most of the voyage, two Iranian warships, the Khark heliicopter carrier and Shahid Naqdi destroyer, which are posted permanently in the Red Sea, escorted the arms ship until the cargo changed hands.

Iran bankrolls these Palestinian extremists and has no intention of letting Shelah bow to Cairo’s wishes which run counter to Tehran’s plans and interests.

While Egypt’s new Islamist leaders are intent on carving out for themselves a responsible role in the region by restoring order, solving crises and restraining radicals, radical Iran has its own fish to fry and is bent on escalating war tensions in the Middle East. source – DEBKA