Iran Says The End Of Israel Has Arrived As Obama Gives Them $2.8B In Sanction Relief

Iran's supreme leader, Ayatollah Ali Khamenei, said that the only solution for the region is the destruction of Israel, and that the armed confrontation must expand beyond Gaza.... 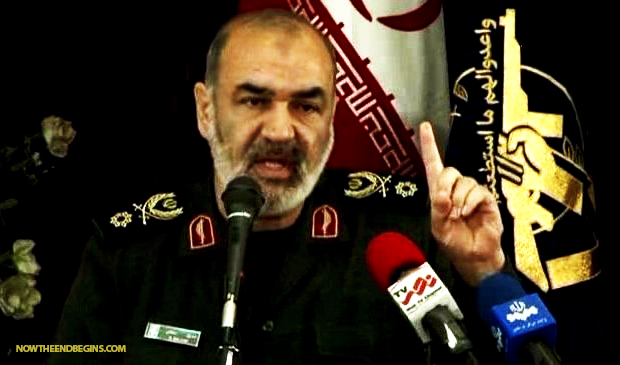 The deputy commander of Iran’s Revolutionary Guards vowed revenge against Israel for its ongoing military incursion into Gaza, which has already killed hundreds of Palestinians and dozens of Israelis. The despotic Iranian regime has been awarded $2.8 billion in sanctions relief by the Obama administration in return for an agreement on a four-month extension to the Geneva talks in finding a peaceful solution to its illegitimate nuclear program.

“You [people of Israel] are trees without any roots which were planted in the Islamic lands by the British,” Brig. Gen. Hossein Salami said at this week’s Friday prayer sermon in Tehran, Fars News Agency reported. That statement referred to the Balfour Declaration, which led to the dismantling of the Ottoman Empire after World War I and the eventual creation of the state Israel in 1948.

“We will chase you house to house and will take revenge for every drop of blood of our martyrs in Palestine,” Salami said. “and this is the beginning point of Islamic nations awakening for your defeat.”

The deputy commander promised that Palestine will no longer remain calm and cited a statement by Ayatollah Ruhollah Khomeini, the founder of the Islamic regime: “Imam [Khomeini] with the statement that Israel must be wiped from the face of the Earth gave a true message to the world. This message enlightened the Muslims and became the concept on the streets of Syria, Lebanon and Palestine.”

Salami, recalling previous wars Israel fought against Hezbollah in Lebanon, said: “The end of the Zionist regime [Israel] has arrived. Islamic movements are armed, missiles are positioned, and today we witness how the arms of the resistance in a corner of the Islamic world are controlling the events in the face of the tragic and barbaric attack by the Zionist regime against the oppressed and defenseless Palestinians in Gaza.”

Salami blamed the U.S. and England for Israel’s policies and activities in the region and stated, “The balance of power will change to the benefit of the Islamic world, and we warn the Zionists that you are a rootless society with no land, no race, no history and no element which constitute a nation. Today, no place in the occupied land is safe for the Zionists … today the missiles of the Palestinian resistance cover much farther than the Zionists expected.

“We are confident that Allah’s promises will come true and in the end the Islamic world will be the graveyard of America and the Zionist regime’s policies along with their allies in the region. The flag of Islam will be raised,” Salami concluded.