Dehqan said that Russia will deliver the S-300 system after carrying out “state-of art technological changes” on the missiles, which will then be delivered to Iran, according to Iranian... 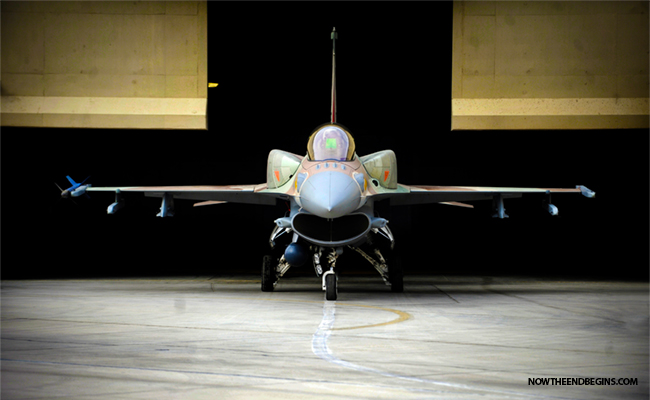 Russia will finalize a deal to send an advanced air defense system to Iran next week, Tehran’s defense minister said Tuesday as the two countries shore up ties in the wake of a historic nuclear deal.

“And say, Thus saith the Lord GOD; Behold, I am against thee, O Gog, the chief prince of Meshech and Tubal: And I will turn thee back, and put hooks into thy jaws, and I will bring thee forth, and all thine army, horses and horsemen, all of them clothed with all sorts of armour, even a great company with bucklers and shields, all of them handling swords: Persia, Ethiopia, and Libya with them; all of them with shield and helmet:” Ezekiel 38:3-5 (KJV)

“The text of the contract is ready and our friends will go to Russia next week to sign the contract,” Hossein Dehghan said, according to Reuters citing the Fars news agency. Dehqan said that Russia will deliver the S-300 system after carrying out “state-of art technological changes” on the missiles, which will then be delivered to Iran, according to Iranian media.

The S-300 is an advanced system for intercepting fighter jets and is intended to protect sensitive ground facilities. It is capable of engaging several jets at the same time and is considered one of the most advanced systems of its kind in the world.

Israel sees the system as one of the hardest obstacles to overcome should it seek to attack Iran’s nuclear installations.

Russia initially agreed to sell the advanced system to Iran in 2007, but balked on the deal, saying at the time it was complying with a United Nations arms embargo. In April, shortly after the announcement of the Lausanne outline for the nuclear deal between world powers and Iran, Russia announced it was lifting the ban on selling the advanced missile defense system to Iran, despite US and Israeli objections.

The FARS news agency quoted Dehqan as saying that Tehran asked for three batteries of the system and recently added a fourth one to the order.

The system is slated to be delivered by 2016, Dehqan said, according to Iranian media.

The announcement comes a day after Iranian Foreign Minister Mohammed Javad Zarif visited Moscow in a sign of flourishing ties between the countries. Zarif reportedly discussed the S-300 deal with his Russian counterpart Sergey Lavrov as well as the Syrian civil war and other issues.

The two denied a report that Iranian Revolutionary Guards Corps head Qassem Soliemani had visited Moscow recently and met with high-level Russian officials despite a UN travel ban. According to reports, Soleimani’s visit was devoted to the S-300 deal.

In April, Israeli pilots flying F16I jets, the most advanced fighters currently in service in the Israeli Air Force, conducted a drill in Greece in which they practiced attacking S-300 batteries, according to a report in Israel Defense. According to the report, the Israelis conducted joint maneuvers with Greek pilots where they simulated attacks on the S-300 system deployed in Crete. The drill, according to the report, included 150 Greek jets and 10 Israeli jets. 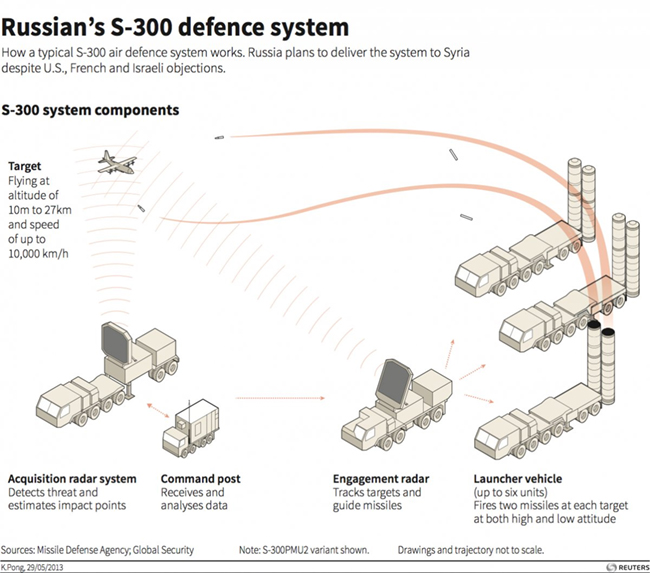 “Should an S-300 battery be placed on Iran’s southern coast, Tehran could quickly detect American or allied aircraft taking off from local bases,” The Hill notes. “Not only would most modern strike aircraft be vulnerable to detection and engagement far before reaching Iranian shores, the S-300 would allow Iran offensive capacities beyond its airspace, which could include harassing non-hostile aircraft flying over neighboring countries.”

According to the report, IAF commander Major General Amir Eshel visited his troops and even flew one sortie over the Aegean Sea side by side with his Greek counterpart. Eshel has described the S-300 as a very tough but not insurmountable challenge for the Israeli Air Force. source