Iran Now Preparing for Appearance of the Mahdi and Nuclear Armageddon

Iran’s supreme leader, Ayatollah Ali Khamenei, has held several secret meetings with his economic and military advisers in recent days to prepare for the possibility of war with the... 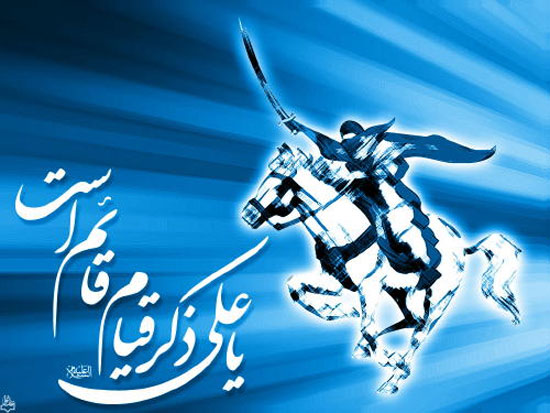 Twelver Shias believe the Twelfth Imam, or Mahdi, will return to bring peace and justice to the world during a time of massive upheaval and chaos. Khomeini and his disciples deviate from traditional Shia doctrine and say the deliberate creation of upheaval and chaos may hasten the Mahdi's return.
by Geoffrey Grider January 24, 2012
NOW THE END BEGINS SHARE:

“And I saw, and behold a white horse: and he that sat on him had a bow; and a crown was given unto him: and he went forth conquering, and to conquer.” Revelation 6:2

Iran’s supreme leader, Ayatollah Ali Khamenei, has held several secret meetings with his economic and military advisers in recent days to prepare for the possibility of war with the United States. Sources report the preparations are to include the execution of those Iranians who oppose the regime.

Twelver Shias believe the Twelfth Imam, or Mahdi, will return to bring peace and justice to the world during a time of massive upheaval and chaos. Khomeini and his disciples deviate from traditional Shia doctrine and say the deliberate creation of upheaval and chaos may hasten the Mahdi's return.

Khamenei has been heard to say that the coming of the last Islamic Messiah, the Shiites’ 12th Imam Mahdi, is near and that specific actions need to be taken to protect the Islamic regime for upcoming events.

Mahdi, according to Shiite belief, will reappear at the time of Armageddon.

Selected forces within the Revolutionary Guards and Basij reportedly have been trained under a task force called “Soldiers of Imam Mahdi” and they will bear the responsibility of security and protecting the regime against uprisings. Many in the Guards and Basij have been told that the 12th Imam is on earth, facilitated the victory of Hezbollah over Israel in the 2006 war and soon will announce publicly his presence after the needed environment is created.

According to SepahOnline, sources within the Vali’eh Amr, the revolutionary forces in charge of the supreme leader’s protection, report that Khamenei held several meetings in recent days at which the leader instructed his advisers to tighten the grip on anyone who opposes or might oppose the regime in case of war.

These actions include investigations of every person or group that was pro-regime but now hold opinions contrary to regime policies. Also being created is a list, to be presented to Khamenei, to decide the fate of any opponents.

It also was decided that those political prisoners who will not repent will be executed, the sources said. This action also was taken by the founder of the Islamic regime in 1988, Ayatollah Ruhollah Khomeini. 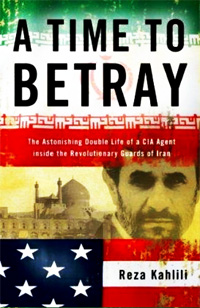 In the book, “A Time to Betray,” it is documented when Khomeini announced the campaign, he said, “If the person at any stage or at any time maintains his (or her) support for the opposing groups, the sentence is execution. Annihilate the enemies of Islam immediately.”

The fatwa led to the execution of thousands of innocent men and women of all ages in a very short period.

The list of actions by Khamenei includes investigation of private business owners. If records show that at any time in the past they have not supported the Islamic regime, their businesses and belongings could be confiscated.

Journalists, writers and publishers who are deemed to be against the regime would be arrested and punished. Even high religious authorities who do not fully support Khamenei will be put under surveillance and dealt with if they become outspoken about the direction of the country.

Several journalists already have been arrested in the past week. In a recent speech, Khamenei hinted of a warlike environment and warned those clerics who might doubt his direction of the country that their survival is tied to the survival of the Islamic regime. Many Iranians who resent the regime resent the religion it promotes, so even opposition clerics might not fare well should the regime fall.

The plan by the leader calls for total control of Tehran, the capital where the presence of the Basij and Hezbollah militias would be quite visible so that no one would dare to challenge the regime.

This news comes in light of the formation of the “Removal Committee,” which secretly would eliminate all deemed as opponents, even within the military and the government.

Khamenei’s extraordinary measures are based either on an understanding that war could be imminent or that the regime has decided to announce it has nuclear capability and is getting ready for a possible reaction from Israel or America.

Ayatollah Mesbah Yazdi, an influential cleric and a radical Twelver, previously had stated that Khamenei ascends to the sky every year to take direction from Imam Mahdi, and sources close to the cleric have disclosed that Khamenei has been ordered by Imam Mahdi to continue with the nuclear program despite worldwide objection as it will facilitate his coming.

Last March, a Iranian secret documentary, “The Coming Is Upon Us,” was revealed to depict Khamenei as the mythical figure who creates the environment for the reappearance of Mahdi by leading Iran to destroy Israel. source – WND