Iran Demonstrations Moving Ahead Despite Threats and Intimidation

Protests in Iran are expected to move ahead tomorrow, despite the Interior Ministry's refusal to issue the requested permit for a rally in support of the Egyptian and Tunisian... 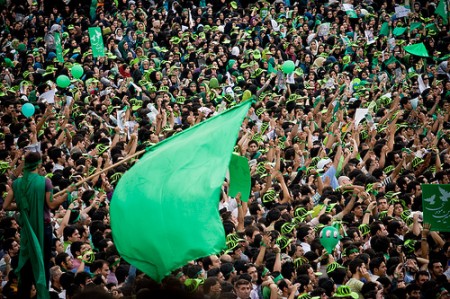 Revival of the Green Movement

Protests in Iran are expected to move ahead tomorrow, despite the Interior Ministry’s refusal to issue a permit for a rally in support of the Egyptian and Tunisian people. The planned demonstration has been referred to as Iran’s “Day of Rage.” The two main opposition leaders, Mir Hussein Mousavi and Mehdi Karroubi are believed to have been placed under house arrest for the last several days in advance of the demonstrations, though only Karroubi’s arrest can be officially confirmed. The Green Movement has been quietly kept alive since the government crackdown on protesters following the 2009 elections, and new demonstrations are anticipated to re-energize the movement; the Iranian dictators are scared.

“Iranian reformist leader Mehdi Karroubi has been placed under house arrest, presumably in connection with the request to stage the rally. But on Sunday a renewed call for the demonstration appeared on both Karroubi’s website and one belonging to another opposition leader, Mir Hossein Mousavi.

A statement on Karroubi’s website Kaleme called the Iranian government’s restrictions a sign of “weakness and fear” over the “most peaceful” civil and political demonstration.”  source: VOA 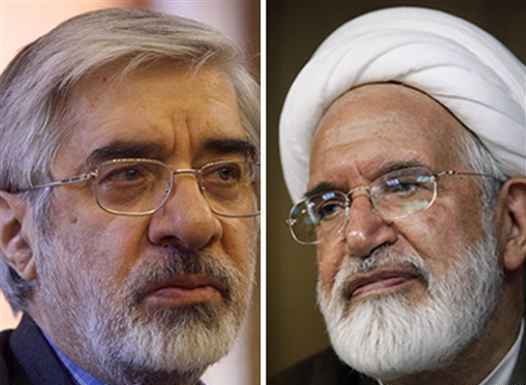 “Our dictators in Tehran are ruling the country with terror and panic,” he said. “They are afraid of their own people. They only sanction whatever pleases themselves, and disapprove of anything that is not under their surveillance. The call for renewed street protest in Iran is a clear sign that the green movement is still alive, and that’s why they’re afraid of it.”

“The regime in Iran wants to link the opposition to foreigners; this is exactly the game Mubarak played by saying that Egyptian protesters are backed and organised by foreigners, but it didn’t work at the end. This is an old trick, they [the regime in Iran] defended the protests in Egypt but when it comes to Iran, they link them to foreigners.”

According to Amir-Arjomand, the regime in Tehran depends on violence to secure its existence. He said: “Their biggest tactic is to create an atmosphere full of terror and horror, so that they can prevent people from going out or at least reducing their numbers. They have plans to produce violence on Monday and this is why they have increased the security presence in central Tehran.”