Iran's navy has started a 10-day drill in international waters near the strategic oil route that passes through the Strait of Hormuz. The exercises, dubbed "Velayat 90", could bring... 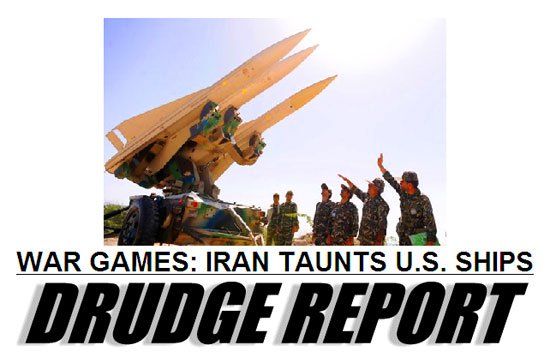 (CNN) -- Iran's Navy ordered a helicopter from an unspecified foreign country to leave to leave the area of maneuvers it is conducting in the Persian Gulf, the semi-official Fars News Agency reported Monday.
by Geoffrey Grider December 26, 2011
NOW THE END BEGINS SHARE:

Iran’s navy has started a 10-day drill in international waters near the strategic oil route that passes through the Strait of Hormuz.

The exercises, dubbed “Velayat 90”, could bring Iranian ships into proximity with United States Navy vessels in the area. “Velayat” is a Persian word for “supremacy” and it is currently used as a title of deference for the Iran’s Supreme Leader Ayatollah Ali Khamenei.

(CNN) -- Iran's Navy ordered a helicopter from an unspecified foreign country to leave to leave the area of maneuvers it is conducting in the Persian Gulf, the semi-official Fars News Agency reported Monday.

The war games cover a 2,000km stretch of sea off the Strait of Hormuz, northern parts of the Indian Ocean and into the Gulf of Aden, near the entrance to the Red Sea, state television reported.

The drill will be Iran’s latest show of strength in the face of mounting international criticism over its controversial nuclear programme, which the West fears is aimed at developing atomic weapons. Tehran denies those charges, insisting the program is for peaceful purposes only.

Adm Habibollah Sayyari, the navy chief, said Iran is holding the drill to show off its prowess and defense capabilities.

“To show off its might, the navy needs to be present in international waters. It’s necessary to demonstrate the navy’s defense capabilities,” state TV quoted Sayyari as saying.

The Strait of Hormuz is of strategic significance as the passageway for about a third of the world’s oil tanker traffic. Beyond it lie vast bodies of water, including the Arabian Sea and the Gulf of Aden.

The US Navy’s Bahrain-based Fifth Fleet is also active in the area, as are warships of several other countries that patrol for pirates there.

Iran regularly holds war games and has also been active in fighting piracy. Both the US and Israel have not ruled out a military option against Iran over its nuclear program.

Iranian hard-liners have come out with occasional threats that Tehran would seal off the key waterway if the US or Israel moved against the country’s nuclear facilities.

Iranian authorities have given no indication the strait will be closed during the exercise, and it has not been shut during previous drills.

The US, Britain and Canada announced new measures against Iran’s energy and financial sectors last month and the European Union is considering a ban, already in place in the US, on imports of Iranian oil. source – Al Jazeera