Formerly known as Chopper Bob, Tur made a name for herself as a helicopter pilot who covered the infamous O.J. Simpson police pursuit in 1994 and the Los Angeles... 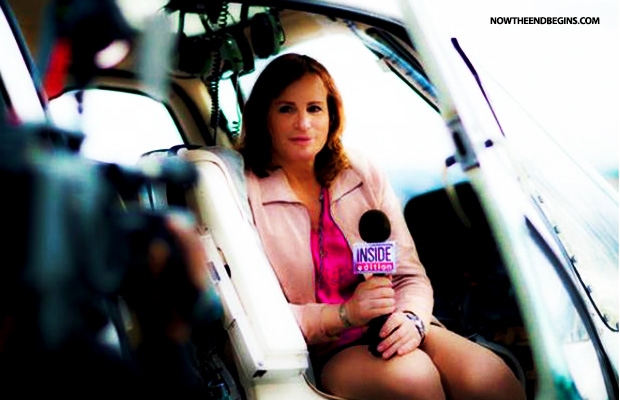 Zoey Tur, formerly known as “Chopper Bob,” will join as a special correspondent during February

America’s airwaves are about to get flooded with stories about transgender people in a bid for acceptance and normalcy. Last week, former Olympian Bruce Jenner announced that he has begun filming a new reality show about his journey to becoming a woman. Now we have Chopper Bob coming out as a “female” reporter on Inside Edition. This is all being done as a calculated scheme by the LGBT Mafia to reset America as a queer country. Having a rabidly pro-LGBT president helps greatly to advance your cause as well.

In the “new” America, if you are not on board with the LGBT agenda, you will be isolated and ostracized. Preaching the old-fashioned gospel of Jesus Christ is the new “hate speech”, and it will be punished. Are you ready for what comes next?

“We are thrilled to have Zoey join ‘Inside Edition’ as Special Correspondent and make some TV history,” said the magazine show’s executive producer, Charles Lachman, in a statement.

Zoey Tur has joined “Inside Edition” as the nation’s first transgender television reporter during February.

Formerly known as Chopper Bob, Tur made a name for herself as a helicopter pilot who covered the infamous O.J. Simpson police pursuit in 1994 and the Los Angeles riots in 1992.

Tur will discuss her transformation on Tuesday’s show and will pilot her first helicopter since the gender reassignment surgery on Wednesday. source