In The Valley Of Decision…Countdown To September 20th

For, behold, in those days, and in that time, when I shall bring again the captivity of Judah and Jerusalem, I will also gather all nations, and will bring... 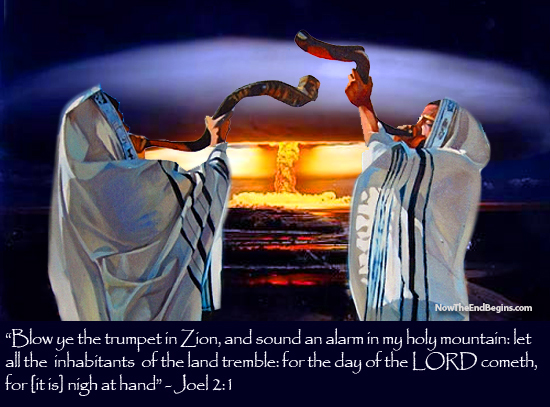 In the valley of decision

At some point, the bible says, it is going to happen. It has to happen. On of the biggest prophetical themes in the bible regarding the end times, is the scenario where the enemies of Israel are working as feverishly as they can to part God’s land, and take it for themselves. The book of Joel lays it out like this:

“For, behold, in those days, and in that time, when I shall bring again the captivity of Judah and Jerusalem, I will also gather all nations, and will bring them down into the valley of Jehoshaphat, and will plead with them there for my people and [for] my heritage Israel, whom they have scattered among the nations, and parted my land. Put ye in the sickle, for the harvest is ripe: come, get you down; for the press is full, the fats overflow; for their wickedness [is] great. Multitudes, multitudes in the valley of decision: for the day of the LORD [is] near in the valley of decision. The LORD also shall roar out of Zion, and utter his voice from Jerusalem; and the heavens and the earth shall shake: but the LORD [will be] the hope of his people, and the strength of the children of Israel.” Joel 3 (selected verses.)

This is exactly what is happening right now with Palestine’s bid for statehood at the UN, scheduled for September. If that happens, like many think it will, it is possible that we will see the fulfillment of Joel’s prophecy. I do not say this lightly or casually. September 20th as a date is packed chock full with meaning.

What’s so special about September 20th?

There is a lot of potentially prophetic events taking place between the 20th – 29th of September. The following is from John McTernan’s INSIGHTS:

“The disasters are hitting now literally every week. Louisiana is drowning while Texas, which it borders, is burning up with drought caused fires. Vermont was just smashed with the worst disaster in its history. Please pray and intercede because America has kindled the anger of the LORD. The sodomite marriage and open homosexuality in the military were the issues the Lord is calling America on.

The collision between a sinful “in your face” rebellious nation with the Holy God of Israel is about to take place. The warnings are over, the confrontation is now here. I know the LORD has kept 7,000 from bending their knee to baal, but for the most part the church has been anesthetized by sin and worldliness. This is a direct result of not fearing the LORD nor understanding His holiness. Individuals can be protected by the Holy Spirit, but the nation is now defenseless before the LORD in judgment. 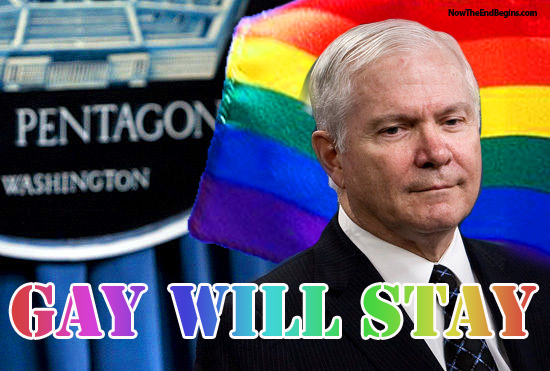 Marines will abide by the Gay Agenda whether they like it or not. That's an order.

This coming September 20 appears ominous as the issues of America promoting sodomy and bullying Israel converge. On this date, the United States military will be officially sodomized with open homosexuality in the ranks. On this date, the Palestinians will officially appeal to the United Nations Generally Assembly for statehood. It is also the day they are going to start the third intifada. Obama has already agreed to the UN position of going back to the pre-1967 borders and dividing Jerusalem. He is in full agreement with the United Nations!
Right now, the world economy and the US stock market are reeling. The market is in convulsions since the decree to sodomize the military on July 20, effective September 20. The world is coming against Israel at the exact time the world economy is starting to unravel! The disasters are multiplying rapidly as this date approaches. The only way the judgment can be stayed is if the UN shelves the Palestinian application for statehood.
I am making an appeal to be spiritually grounded and anchored in the LORD because when the full judgment hits, it will be like nothing you have ever seen. You need to be established in your heart and anchored in the coming of the Lord Jesus for His church no matter what happens.” source – John McTernan’s INSIGHTS

So, you are probably wondering, what about the comet Elenin? In early September, the comet will cross earth’s orbit and be between the earth and the sun. Then on September 26, there will be an alignment with the sun, comet, and earth. This could be at the exact time the UN is debating the creation of a Palestinian state! The comet will be closet to the earth around October 15, which is during the Feast of Tabernacles. 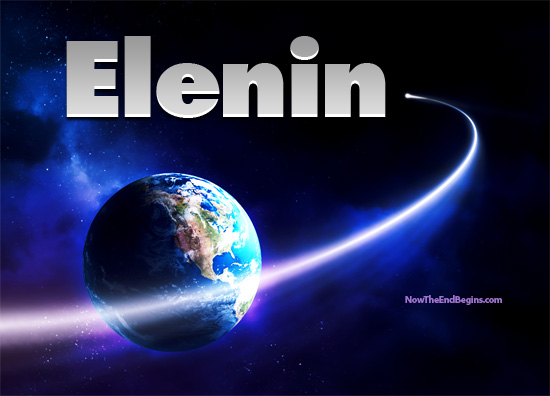 It is very possible that three incredible events are going to occur at the same time this September.

At this time, the earth will pass directly behind the comet as it crosses earth’s orbit. This comet has a hyperbolic orbit which means it will never return. It is very possible that three incredible events are going to occur at the same time this September. The United Nations could be debating the dividing of Israel and Jerusalem in direct violation of the world of God. This will happen during the biblical Fall feasts. At this very time, a comet that seems to have a strange affect on earthquakes will be inside earth’s orbit and aligning itself with the sun and earth! It is very possible that there could be powerful disasters hitting the earth this September/October, as the world comes against Israel.

I am watching this comet very closely as the alignment between it, the earth and sun coincides with enormous earthquakes on the earth. As information develops, I will report it. If the UN General Assembly recognizes a Palestinian state, it will put these nations in direct conflict with the Holy God of Israel. In the past, this has resulted in awesome disasters.

In addition, the sodomizing of the US military will take affect on September 24, which will put it right in the middle of all these events. It is frightening to think of the curse that is now on America and our military as the Middle East is heading towards war. America has done everything to provoke the LORD to judgment as the government pressures Israel to divide Jerusalem and promotes open homosexuality amongst the military. America is looking at awesome judgment while the vast majority of pastors and Christians still seem to have no fear of the LORD judging the nation. May the LORD God of Israel protect you as you look to Him in this time of coming judgment. source – John McTernan’s INSIGHTS Blog