“Ultimately, I want to see every single woman in this country covered from head to toe,” British Islamist Abu Rumaysah told 60 Minutes correspondent Clarissa Ward. “I want to... 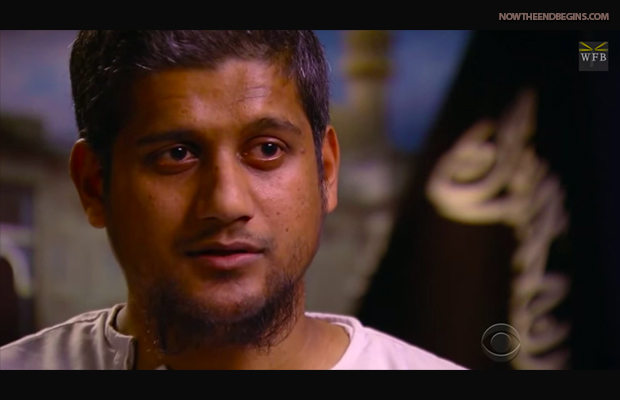 Rumaysah told Ward that Western Democracy was a “barbaric” system and that he should be free to “choose” Islamic law and enforce it as he sees fit. He even told Ward to cover herself up.
by Geoffrey Grider March 5, 2015
NOW THE END BEGINS SHARE:

British Islamist Abu Rumaysah said he wants to see every woman in the UK “covered from head to toe.”

Radical Islam is not the problem, it was never the problem. Islam, regular old Islam, is the problem. It is not a religion, it is a repressive, political ideology that forces submission to it’s demonic Sharia Law by the edge of the sword. Islam must be rejected everywhere it is presented, at all costs. It is the greatest enemy facing mankind in the 21st century.

England, because it refused to fight it, has fallen to Islam. If we do not take action now, America will be next.

Rumaysah and his Islamist confidants patrol the streets of East London, chastising British citizens for not complying with Islamic law. In a series of videos, they can be seen harassing women for inappropriate dress, rebuking men for drinking alcohol, and calling a man “dirty” on the suspicion that he is gay.

“Ultimately, I want to see every single woman in this country covered from head to toe,” British Islamist Abu Rumaysah told 60 Minutes correspondent Clarissa Ward. “I want to the see the hand of the thief cut. I want to see adulterers stoned to death. I want to see sharia law in Europe, and I want to see it in America, as well. I believe our patrols are a means to an end.”

Rumaysah told Ward that Western Democracy was a “barbaric” system and that he should be free to “choose” Islamic law and enforce it as he sees fit. He even told Ward to cover herself up.

Rumaysah is in the inner circle of radical Muslim cleric Anjem Choudary. Both men were arrested in September on charges of inciting young British Muslims to engage in terrorism.

In the interview, Choudary said he refused to believe that James Foley was an innocent journalist and justified his brutal murder by Islamic State terrorists in August.

“I don’t believe any western journalists, quite frankly. I believe you’re liars until proven otherwise,” Choudary said. “But let me tell you something–the perspective of the Muslims of journalists, whether that be James Foley and others, is that they are the propaganda for the western regimes.” 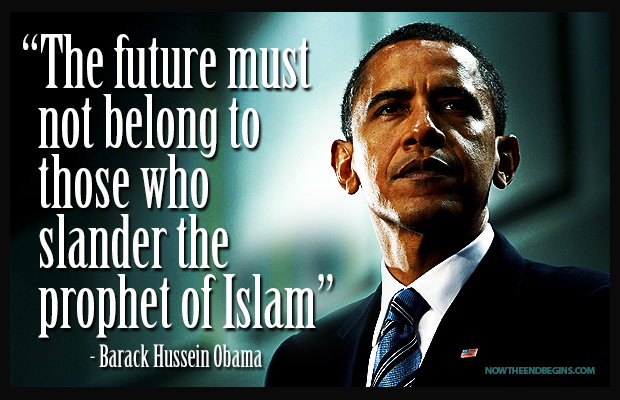 “We will convey our deep appreciation for the Islamic faith, which has done so much over the centuries to shape the world — including in my own country.” – Barack Obama

When Ward pointed out that Choudary condemned violence by “the West” while refusing to condemn violence by Islamic extremists, he said there was “a difference between the oppressor and the oppressed.” source