In Obama’s America, 4th Of July Brings Little Cause For Celebration

The intoxicating atmosphere of the 2008 election and Obama’s inauguration has given way to a hangover. Americans were promised that the $787 billion Obama stimulus package would cut unemployment... 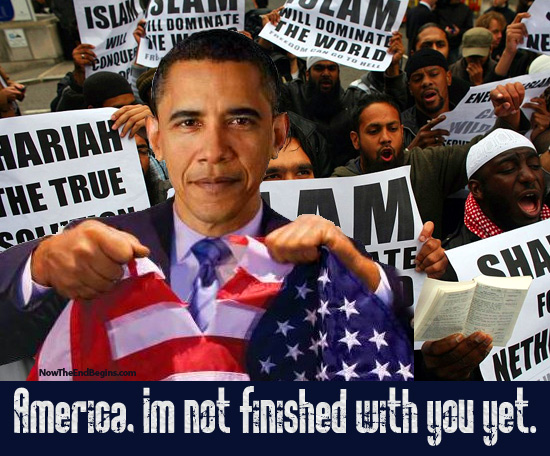 Many Americans think things will only get worse and the good times will never return.
by Geoffrey Grider July 4, 2011
NOW THE END BEGINS SHARE:

Can we survive the Obama Years?

On this day in 1776 a group of 13 colonies broke away to found a new nation free to govern itself as it saw fit, pledging that each citizen would have the unalienable right to “life, liberty and the pursuit of happiness”. A nation, as Americans are apt to declare without equivocation, which became the greatest on the face of the earth. That’s the good news. On the flip side, however, a country whose hallmark has always been a sense of irrepressible optimism is in the grip of unprecedented uncertainty and self-doubt.

Many Americans think things will only get worse and the good times will never return.

With the United States mired in three foreign wars, beaten down by an economy that shows few signs of emerging from deep recession and deeply disillusioned with President Barack Obama, his Republican challengers and Congress, the mood is dark.

The last comparable Fourth of July was probably in 1980, when there was a recession, skyrocketing petrol prices and an Iranian hostage crisis, with 53 Americans being held in Tehran.

Frank Luntz, perhaps America’s pre-eminent pollster, argues that his countrymen are much more downbeat now than in 1980. “The assumption with the Carter years was that it was a failure of the elites, not the system. We thought the people in charge screwed up. We didn’t blame ourselves.” Remarkably, many Americans think things will only get worse and the good times will never return.

A recent New York Times/CBS poll found that 39 per cent think that “the current economic downturn is part of a long-term permanent decline and the economy will never fully recover”. That was up from 28 per cent last October. Last month, a CNN poll found that 48 per cent of Americans believe another Great Depression is somewhat or very likely.

Luntz has found that 44 per cent of Americans believe their country’s best days are in the past, 57 per cent that their children will not achieve the same quality of life, and 53 per cent that they are less free than five years ago. So what is going on? How did the land of the free, the home of the brave, and a country that less than three years ago elected a young, untested black man as president on a platform of hope and change, get into this funk?

The parlous state of the economy is only part of the explanation. More significant is the recession’s length. Obama’s promise of a national transformation after the Bush years, moreover, means that the thud of coming back down to earth has been that much harder.

The intoxicating atmosphere of the 2008 election and Obama’s inauguration has given way to a hangover. Americans were promised that the $787 billion Obama stimulus package would cut unemployment by funding so-called “shovel-ready projects”. Instead, unemployment is at 9.1 per cent compared to the 7.8 per cent Obama inherited, while the national deficit has tripled from less than $500 billion to a staggering $1.5 trillion.

To add insult to injury, at a recent gathering of his Council on Jobs and Competitiveness, during a discussion about the length of time it took to get projects funded, a smiling Obama interjected: “Shovel-ready was not as shovel-ready as we expected.” Members of the council sitting around him tittered but most Americans were not amused. source – Telegraph UK