Technology colossus IBM on Monday depicted a near future in which machines read minds and recognize who they are dealing with. "IBM scientists are among those researching how to... 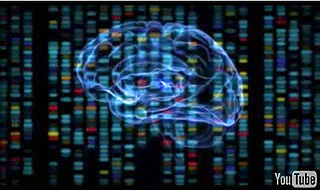 The future is catching up with us

Click here to read about the coming Mark of the Beast…

ARMONK, N.Y. – Century-old technology colossus IBM on Monday depicted a near future in which machines read minds and recognize who they are dealing with.

The ” IBM 5 in 5 ” predictions were based on societal trends and research which the New York State-based company expected to begin bearing fruit by the year 2017.

“From Houdini to Skywalker to X-Men, mind reading has merely been wishful thinking for science fiction fans for decades, but their wish may soon come true,” IBM said in its annual assessment of innovations on the horizon.

“IBM scientists are among those researching how to link your brain to your devices, such as a computer or a smartphone,” it continued.

IBM gave the examples of ringing someone up just by thinking it, or willing a cursor to move on a computer screen.

Biological makeup will become the key to personal identity, with retina scans of recognition of faces or voices used to confirm who people are rather than typing in passwords, the company forecast.

“Imagine you will be able to walk up to an ATM machine to securely withdraw money by simply speaking your name or looking into a tiny sensor that can recognize the unique patterns in the retina of your eye,” IBM said.

“Or by doing the same, you can check your account balance on your mobile phone or tablet,” it continued.

Technology will also be able to produce electric power from any types of movement from walking or bicycle riding to water flowing through pipes of homes, IBM predicted.

Mobile phones will narrow the digital divide between “haves and have-nots” by making information easily accessible and junk email will be eliminated by smarter filtering and masterful targeting of ads people like, according to IBM. source – My Fox NY