Huge Push On To Start Tracking Our Children With Smart Technology

This holiday season some parents are going high-tech and getting their child a watch that tracks their every move. ... 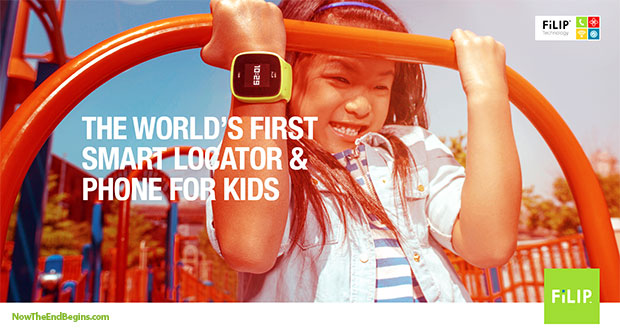 Embracing the Mark of the Beast

With each passing day, RFID and GPS tracking technology inserts itself further and further into our culture and consciousness. Privacy is becoming something that will soon be viewed as an antiquated notion, a relic from our grandparents day. We tell ourselves that we are becoming ‘safer’ and more advanced, when in reality we are chaining ourselves to a one world system connected to the computer matrix.

When I first got saved, and began to study bible prophecy back in the early 90’s, I could not for the life of me figure out how the mark of the beast could ever get a foothold in society. Certainly the people would rise up against it, and refuse to be chipped, tracked and cataloged, right?

Here in 2013, we have our answer. Far from ‘rising up against it’, the people are embracing it with a mind-numbing speed. We no longer need to worry about the government tracking us, we are doing it to ourselves. Tracking has become cool. As it turns our, slick marketing, flashy graphics and the occasional tug on our heartstrings was all that was needed.

You are the frog, and the pot of cold water you started in is about to get boiling hot.

Fox News: This holiday season some parents are going high-tech and getting their child a watch that tracks their every move. It’s called the FiLIP: a watch and phone with GPS geared at kids aged 4 to 11 — basically before they are ready for a smart phone.

CLICK HERE TO READ ABOUT THE MARK OF THE BEAST

Parents can program up to five numbers into the gadget, which kids can call with the touch of a button. Using the FiLIP app, parents and other preauthorized adults can track the child’s location, make calls, send texts and set “SafeZones.” Parents get an alert when a child leaves a safe zone.

“What we learned after doing a lot of interviews with families, with moms dads and kids, is that they would like to have some of the sophisticated technology of a smartphone but take away some of the features like internet access,” Kirbak says.

The FiLIP was named after the CEO’s son, who went missing and was found at a mall 4 years ago. source – Fox News