How Obama’s ‘Red Army’ Is Destroying America By Design

A new book released today documents how President Obama and progressive Democrats are deliberately overloading the U.S. financial system, using socialist designs to remake the economy. The book, with... 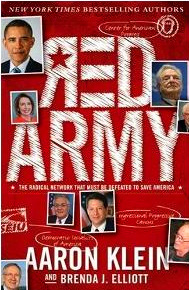 It traces the policies to groups such as the Alliance for American Manufacturing, a union-manufacturer partnership; the Soros-funded Campaign for America’s Future; and the Apollo Alliance, which is run by a who’s who of radicals.

On Obamacare, the “Red Army” documents how the legislation – deliberately masked by moderate, populist rhetoric – was carefully crafted and perfected over the course of decades. The book shows how the law is a direct product of laborious work by a coalition of radical groups and activists with socialist designs who seek to “reform” the U.S. health care industries, which account for a significant portion of the U.S. capitalist enterprise.

“Red Army” reveals the principal author of Obamacare, as well as how the legislation had its origins in an initiative openly associated with a slew of radical activists and groups. One is a group funded by Soros. A second is a terrorist-supporting, communist-hailing extremist. To top it off, another is a socialist activist who is the father of the U.S. single-payer movement.

Some other highlights from “Red Army”: