Wes Craven, the famed writer-director of horror films known for the Nightmare on Elm Street and Scream movies, died Sunday after a battle with brain cancer. He was 76.... 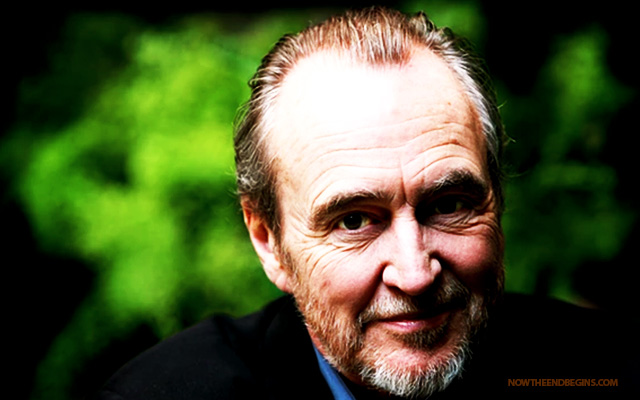 He attended Wheaton, one of America’s best-known evangelical Christian colleges

“Then Agrippa said unto Paul, Almost thou persuadest me to be a Christian.” Acts 26:28 (KJV)

EDITOR’S NOTE: Horror movie guru Wes Craven was given a great gift at an early age, a chance to accept Jesus Christ as his Lord and Saviour. A lot of his fans might be shocked to know that he attended Wheaton,  one of the premier Christian colleges in America. But according to his own testimony, Craven rejected the salvation offered by Jesus Christ, and instead chose to spend his life giving glory to the things of the Devil through his acclaimed body of work in the horror film genre. Now, his life is over, and he has gone from this life to the next. A life that by his own choice does not include Jesus Christ, Heaven or anything connected with God. If the Bible is right, he is burning in Hell right now. I wonder if he still thinks that giving up Jesus Christ in exchange for Hollywood fame and fortune was worth it. Where are you going to go when you die?

Wes Craven, the famed writer-director of horror films known for the Nightmare on Elm Street and Scream movies, died Sunday after a battle with brain cancer. He was 76. Craven, whose iconic Freddy Krueger character horrified viewers for years, died at his home in Los Angeles, his family announced.

Sometimes Craven told himself, “I am bad because I am rejecting the Holy Spirit of Christ.”

Born in Cleveland, Craven was raised in a conservative church where”we didn’t smoke, drink, play cards, dance or go to movies,” he said. He attended one of the nation’s best-known evangelical Christian institutions, Wheaton College, in Wheaton, Ill., before earning a master’s degree in philosophy at Johns Hopkins University. Before making movies, he taught college.

Craven recalled his Wheaton years as a period of both searching and rebellion. “I really frankly was in trouble a lot,” he said, explaining that he and about a dozen classmates, while considering themselves Christians, chafed under the college’s restrictive interpretation of the faith.

The soul searching took different forms. Sometimes Craven told himself, “I am bad because I am rejecting the Holy Spirit of Christ.”But at other times, the doubts served more positively as signs that he needed to rethink reality.

Asked if he considered himself a religious person now, Craven responded, “I don’t do anything in an organized way.” Rather, he has come to see filmmaking as the most significant way to express his beliefs and longings.

Craven said he found something in the whole process of crafting a film, from the business nuts-and-bolts to “wrestling with my inner demons and inner glimpses of light,” that was more satisfying and beneficial than anything he could have done in traditional venues of religious service. “I think that’s … the best approach to (the) spiritual … I’m capable of,” he said.

Our hearts go out to the Craven family during their time of grief, but more than that, we pray that there will be some there who will consider his rejection of Jesus Christ and not make the same eternal mistake that Wes did. If you’re still alive. it’s not too late to avoid Hell.

“For God so loved the world, that he gave his only begotten Son, that whosoever believeth in him should not perish, but have everlasting life.” John 3:16 (KJV)