As Hollywood snubbed the pro-American American Sniper, the Oscars last night were protected by the biggest display of raw firepower in it's history.... 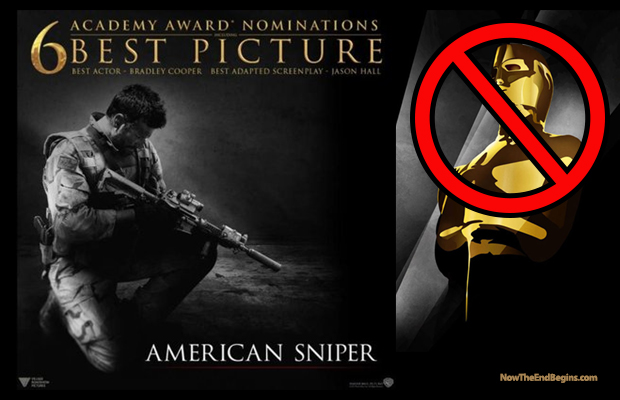 Operation Oscar is headquartered in a state-of-the-art underground bunker downtown, with a makeshift command post at a Hollywood soundstage

EDITOR’S NOTE: In the interest of full disclosure, I was a member of the Screen Actor’s Guild for nearly 18 years, and have appeared in dozens of commercials, movies and television programs. I left Hollywood shortly after meeting Jesus Christ as my Saviour.

Liberals are quite insane, as Hollywood just proved at last evening’s Oscar awards show. American Sniper, the largest-grossing war movie in American history, was nominated in 6 different categories including Best Picture and Best Actor. The only award it won was for Sound Editing. Liberal, elitist Hollywood hates patriotic movies about America, and it hates the idea of citizens owning firearms. The Academy sent a very clear message by it’s round rejection of American Sniper. But wait…there’s more.

The Oscars last night were protected by the biggest display of raw firepower in it’s history. The Hollywood Reporter had this to say about that:

“This year, in the wake of ISIS atrocities abroad and the Charlie Hebdo murders, authorities are mounting their most sophisticated security effort yet, deploying an astounding array of high-tech gadgetry and armies of police officers to keep the party safe. Operation Oscar is headquartered in a state-of-the-art underground bunker downtown, with a makeshift command post at a Hollywood soundstage. 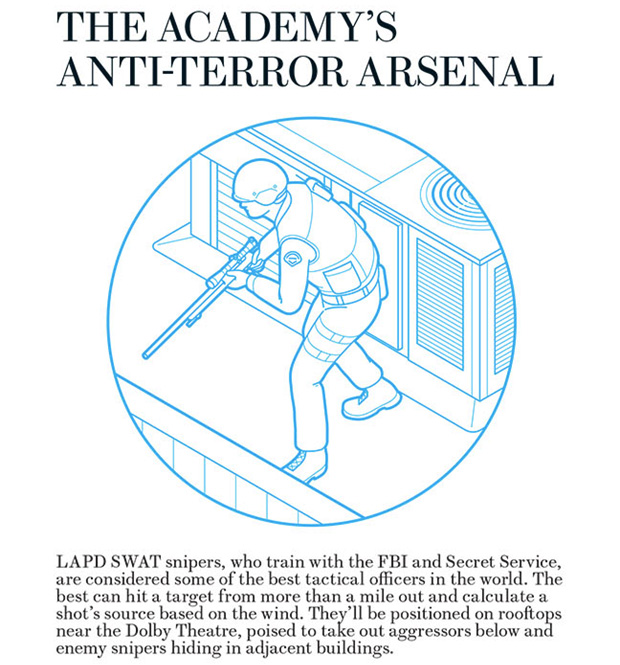 Oscars: Most Heightened State of Security in History Amid Recent Attacks

Led by a Los Angeles Police Department commander, the task force unites nearly 1,000 officers from agencies including the FBI and Department of Homeland Security. They divide the area around Hollywood and Highland into concentric rings that require progressively higher levels of pro­tection. “As you get closer to the inner circle, you’re trying to make that tighter and tighter,” says Tim Horner, a managing director at global security firm Kroll.” source

Nearly every liberal in the entertainment industry decries the Second Amendment, bashes capitalism and extols Islam. But when it comes to keeping themselves safe and secure, they want every weapon known to man to be at their disposal protecting them and their families.

The insanity of Liberalism is that they despise they freedom in which they prosper, and object to means by which that freedom is accomplished and secured. Jack Nicholson had it right in “A Few Good Men”…they can’t handle the truth.