Despierta America! Mexican drug cartels are stepping up to the terrorist plate without the Allah factor and Lebanon-based terrorist group Hezbollah is using them as third base in order... 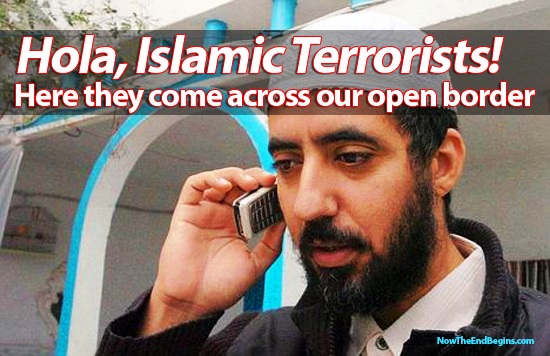 Despierta America! Mexican drug cartels are stepping up to the terrorist plate without the Allah factor and Lebanon-based terrorist group Hezbollah is using them as third base in order to slide into home: the United States. Terrorist groups are coming from Latin America, through Mexico and arriving at their final destination: the USA, even without the need for Janet Napolitano’s fifty-one foot ladder!

Reports have finally begun to surface regarding terrorist groups infiltrating America through Mexico. More and more we are seeing the disgusting, barbaric tactic of beheadings being carried out by the Mexican drug cartels. As recent as January of this year, fifteen decapitated bodies were found on a beach walk way in the resort town of Acapulco. The bodies were between ages fifteen to twenty five. As of today, more victims of beheadings were discovered in Acapulco along with other bodies that were viciously mutilated. Over 15,000 people were murdered in 2010 due to the drug cartels while many officials claim Juarez is the most dangerous place in the world right now, even exceeding the war torn Middle East. Unfortunately, it has taken beheadings for the defense light bulb to go off in our heads that the threat of Jihad is a lot closer than we think. I guess prayer rugs, Korans and suicide bombing memoirs that were found in the Arizona desert weren’t enough of a clue. Terrorists and Mexican drug cartels are exchanging ingredients to their cold blooded, calculated homicide missions and the Obama administrations is providing them the mixer.

Illegal immigration is not about one being anti-Hispanic as the left likes to claim. It’s not about the color of someone’s skin. It’s not derived from some fear that immigrant masses will overpower the job force thus decreasing jobs for natural born American citizens. It is an issue about national security or I should say lack thereof. A recent Department of Homeland Security document stated that over 180,000 illegal aliens from countries other than Mexico were apprehended from 2007 through mid-March 2010. Jameel Nassr, a major Hezbollah operative was recently busted in Mexico for setting up anti America and anti Israel networks. He also frequently traveled to Venezuela to visit Obama’s amigo Hugo Chavez and his terrorist thugs. As terrorists decrease their striking distance on American soil, Obama sits on his throne seated at the right hand of Michelle and does nothing.

Living in a border state, I know all too well the threat of illegal immigration and the way the left has ridiculed Arizona in our efforts to not just secure our state but in essence the nation. I recently attended a gun show here in Arizona. I know, darn, I guess I should just go ahead and put my name on the D.O.J.’s “Crazy Right Winger Threat to America” list. Maybe there’s a space between Osama Bin Laden and Joe the Plumber. There is always a feeling at these shows that these people understand the threat in America’s backyard. We have come to terms with the fact that the government is not going to help protect us. We understand that as Edmund Burke said “all that is necessary for the triumph of evil is that good men do nothing.”

At the show there was a table selling body armor. On top of a bullet proof vest was a copy of a law that California Democratic Senator Diane Feinstein sponsored that bans criminals from being able to possess body armor. The bill came about after two police officers, James Guelff was killed in 1994 and Chris McCurley was killed in 1997 by heavily armored assailants. I agree with the notion that there needs to be accountability or restrictions on what  hardened criminals can possess, but the way the government is stepping up their plans to disarm America while terrorist are flexing their muscles is scary. We saw after the tragic Tucson shooting how politicians jumped to begin new bans on firearms. The most recent is an Arizona law being heard to disallow one from carrying any clip that exceeds more than ten bullets! Hopefully you’re a darn good shot if you have a whole crew of attackers chasing you because after number ten you will be cut off courtesy of the government! The government loves to tell us what we need to do in order to protect ourselves with helmet laws, seat belt laws and every other law. However, when it comes to protecting ourselves against a major threat that lurks in our back yard, forget it! Some like to call us conspiracy theorists as if that term will make us back down from the threat that exists. Others realize the threat of terrorist crossing our borders is real and if our government isn’t going to take matters into their own hands we must have the means to protect ourselves if need be. What are we supposed to use to defend ourselves, spit balls? Blow darts?

In the summer of 2010, U.S. Republican National Committee Rep. Sue Myrick requested that U.S. Homeland Security Secretary Janet Napolitano create a special team to further investigate the potential problem and threat. When are we going to quit the investigations and start putting some action to actually fighting the threat? It’s kind of like reading a manual on how to install locks on your doors when the burglars are already breaking in.

Americans are watching the complete chaos unfold in the Middle East. Many of us find ourselves amazed with our mouths hanging open Bill Clinton style. The problem is America isn’t exempt from the very happenings taking place on our streets as we are seeing in the Middle East. Yeah Obama puts down his snow cone and takes a break from his “Rules for Radicals” reading at times for an occasional condemnation of Libya as firing squads murder innocent civilians. But hey, that’s on the other side of the planet right? That could never come to America right? Wrong. It is just south of the border and the government has already given them their passport. The threat is close, very close. God forbid the day we turn on the news to see beheadings taking place in the streets of America. 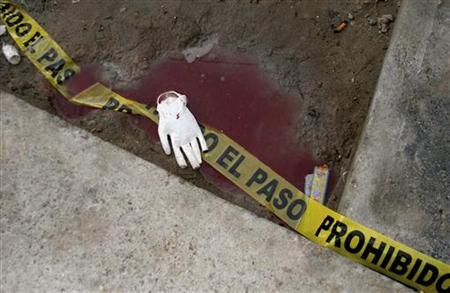