Why Hillsong chose to lie about it when it was so well know remains a mystery that hopefully they will explain at some point.... 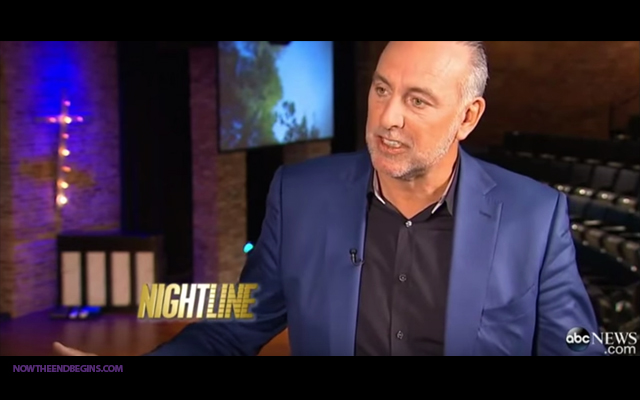 “We have been open and forthright about our relationship from the get-go.” – Reed Kelly

Last week, NTEB brought you the story of how it came to light that Hillsong NYC church had had openly-out gay members leading the worship choir during their services. The story immediately went viral, and caused Hillsong to issue not one but two statements of denial. They did acknowledge that, yes, the two openly-gay men has been active in worship choir leadership for a number of years, but they have insisted that they were “unaware” that they were gay and were “completely taken by surprise” at the revelation. But not so.

As you will see in the above video, Hillsong senior pastor Brian Houston in an interview with ABC News Nightline done in 2014, is quite aware and seemingly pleased as he freely admits to knowing that Hillsong NYC church has 2 openly-gay men leading the choir. So how it is possible that in last week’s denial statement, Hillsong repeatedly states that were “unaware” of what was going on? Here is the official Hillsong denial:

Several months ago when one of our choir directors made an unexpected public statement regarding his engagement to a man who sometimes sang in the choir, it was a complete surprise to us as well. It is my understanding that they have not been involved in an active leadership or ministry role since. source

Not only that, in a blog post just a few days ago, Reed Kelly, one of the two openly-gay choir members, came right out and said that him and his boyfriend led the choir for years, were very active and that Hillsong knew all about it and had no problems with it. He says this:

The drama that is unfolding at the moment all revolves around the fact that we have been heavily involved in our church, Hillsong NYC. Josh has been with Hillsong for eight years in a variety of ways: choir director, vocal director, and worship team. I’ve been there since the beginning of our relationship, over three years ago, and eventually began singing in the choir and opening my apartment as the gathering place for a connect group for Hillsong members in the Broadway and theatrical communities. We have been open and forthright about our relationship from the get-go. source

So evidentially, this has been going on openly at Hillsong NYC for about 8 years. Why Hillsong chose to lie about it when it was so well-known remains a mystery that hopefully they will explain at some point.

It also remains to be seen, now that they have said that they “do not affirm the LGBT lifestyle”, if they will hold to that position. Pushback from the LGBT community was immediate and we are sure the pressure on them will be overwhelming to retract their newly-stated position. Jesus says in Revelation 3, that the last church before the Rapture will be the Laodicean church that He will “spew out of His mouth”. This is why we are seeing denomination after denomination crumbling to pieces and falling by the wayside.

Pray for Hillsong that they truly will have a revival in the Holy Spirit, and stand on right Bible doctrine for the Church as found in the Pauline epistles.