Hillary says that "deep-seated cultural codes, religious beliefs and structural biases have to be changed" to provide abortion services for all women who want them.... 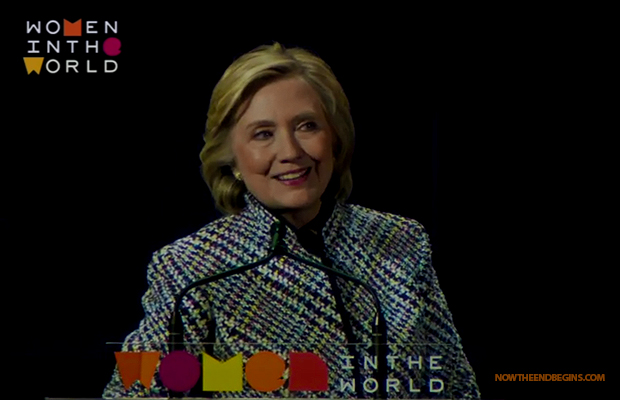 “Deep-seated cultural codes, religious beliefs and structural biases have to be changed to provide reproductive health care for all women”

That Hillary Clinton is a lying, duplicitous, cold-as-ice political game player has long been established beyond discussion. She will say anything, do anything, and be anything she thinks you want her to be in order to win votes and fill the coffers of the Clinton Foundation.

But she also is an abortion-on-demand advocate who, if elected to president, will raise the number of babies killed in this country to never before seen levels of slaughter. About Abortion vs. Christianity, Clinton says that things must change. Drastically.

“Laws have to be backed up with resources and political will,” she explained. “And deep-seated cultural codes, religious beliefs and structural biases have to be changed. As I have said and as I believe, the advancement of the full participation of women and girls in every aspect of their societies is the great unfinished business of the 21st century and not just for women but for everyone — and not just in far away countries but right here in the United States.”

Whenever a woman talks about “reproductive rights” it is always about having access to abortion-on-demand. Make no mistake about it, she is not any type of Christian found in the bible. She loves to throw the label around, but she is as liberal and as apostate as they come.

When Hillary said that “religious beliefs and structural biases have to change”, that is nothing more than politician-speak to say that Biblical Christianity must step aside to allow for the killing of the unborn on demand. In any trimester, right up to the moment of birth. And why stop there?

No, if Hillary gets elected in 2016, you better prepare for the blood of the unborn to run in the streets with the ferocity of a summer storm. She is every bit as evil as Obama, and perhaps even more so.