It didn’t take too long for my home state of Arizona to be back in the news and it just makes me love this place more and more. This... 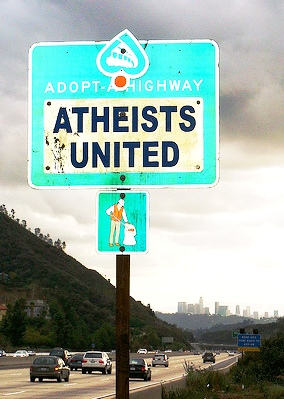 It didn’t take too long for my home state of Arizona to be back in the news and it just makes me love this place more and more. This time it’s not even regarding our fight against the major influx of illegal immigration or border killings. This time it’s because some secular group is launching a lawsuit against Governor Brewer for proclaiming an Arizona Day of Prayer. The mini-me wannabe version of the ACLU called the Freedom from Religion Foundation is suing the state regarding the proclamation issued by the Governor on May 6, 2010. They are asking that the declaration be overturned and that Governor Brewer is banned from issuing another one this year.

Let’s just cut to the truth here okay? This is not about the Constitution. If anything, the Constitution protects our right to faith. This isn’t a means to silence Hinduism or Islam. It is a means to silence Christians. Even though Barack Hussein won’t admit it, the majority of Americans still claim to be Christian and we were founded upon Judeo-Christian beliefs. I know that may be hard for him to conceive having spent his ‘’developing” years in Indonesia; the most heavily populated Muslim nation in the world. Let’s just stick to the facts here. The truth is our Founding Fathers didn’t quote the Koran or any other so-called ‘’religious’’ book. They quoted the Bible. They didn’t talk about Allah or Buddha. They talked about Jesus Christ. I know many will refute this to imply this lawsuit is a silencer on all religions. No it’s not. It’s a typical atheistic bullet to the heart of Christianity.

Let’s flip it for a second here. I have a few questions. What if Christians went around launching lawsuits against those who didn’t follow Jesus? What if we went around and forced people to pray? What if Christians went around tying states up in lawsuits because they didn’t adhere to our beliefs? That wouldn’t be considered Constitutional now would it? In essence that would be striking a big line through the first amendment. So what is the difference when some atheists come in and force their non-belief upon us? A ‘’non-belief’’ in essence is a “belief.” They are forcing their ‘’non-belief” on us! What’s the difference? Even though they aren’t forcing any particular religion upon us, they are still enforcing their non-religion on us! That Americans, is unconstitutional. Furthermore, if atheists don’t believe then why do they feel so threatened by something they truly believe doesn’t exist? I don’t believe in hobbits, but I don’t spend my time attacking those who believe Lord of the Rings is a true story.

Christians know that we are going to suffer increasing attacks. We were warned about this and we are seeing those warnings come to fruition. Unfortunately, I also see too many Christians shrink back in the attacks instead of standing up to them. The longer we allow our mouths to be muzzled by atheists and unfounded rulings, the harder it will be to remove it. If Christians are going to be lackadaisical and refrain from speaking up, then we must beat this secular movement in the voting booth. Vote your faith. Vote for those who will protect your first amendment, and not silence your lips with secular sutures. The secular movement is only going to grow if we aren’t bold. Be bold America. For every step they take we must take two more. Stay ahead and be prepared for it to get much worse. The atheists are hell bent on removing God from America. The atheists are united, are we?

We are at a time in our nation right now more than ever when we need to turn back to God. We have drifted so far from Him. We are slipping mighty fast. His hand is stretched out to us but we refuse to hold it. Will we wake up? Or will we think we can continue walking on water before the tsunami of truth comes crashing over us?

Blessed are they which are persecuted for righteousness’ sake: for theirs is the kingdom of heaven. Blessed are ye, when men shall revile you, and persecute you, and shall say all manner of evil against you falsely, for my sake. Rejoice, and be exceeding glad: for great is your reward in heaven: for so persecuted they the prophets which were before you – Matthew 5:10