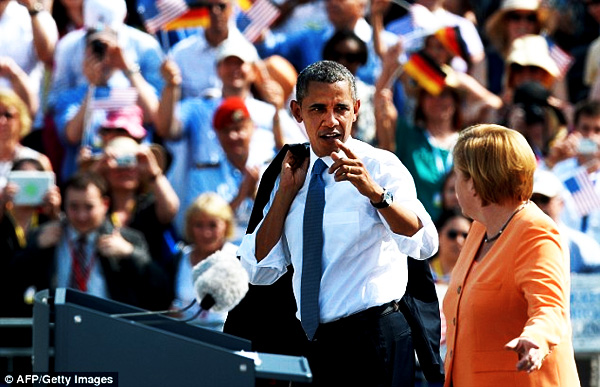 Obama’s administration is awash in lies, secrecy, scandal and espionage.

Merkel spokesman Steffen Seibert said Merkel made clear in Wednesday’s call that “she views such practices, if the indications are confirmed … as completely unacceptable” and called for U.S. authorities to clarify the extent of surveillance in Germany.

A statement from Seibert said the German government “has received information that the chancellor’s cellphone may be monitored by American intelligence.” The government wouldn’t elaborate but news magazine Der Spiegel, which has published material from NSA leaker Edward Snowden, said its research triggered the response. source – Breitbart