The Israeli military said Monday that it has sent two additional warships to the Red Sea border with Egypt following warnings that militants are planning another attack on southern... 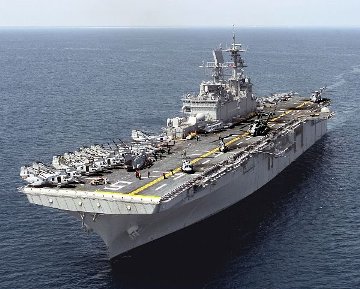 The Israeli military said Monday that it has sent two additional warships to the Red Sea border with Egypt following warnings that militants are planning another attack on southern Israel from Egyptian soil.

Monday saw IDF Chief of Staff Lt.-Gen Benny Gantz order the deployment across the entire southern sector, and especially in the area near the Israel-Egypt border, increased, following intelligence indicating a viable terror threat in the area.

The southern sector, and especially the area adjacent to the border, has been virtually flooded with military forces, deployed in a manner defined by one security source as “unprecedented.” No changes in security alignments were observed on the Egyptian side of the border.

The IDF has also deployed advanced technology in the area in order to thwart terror attacks. Military intelligence suggests that a terror cell has left the Gaza Strip and intends to infiltrate Israel through Sinai.

The security situation in southern Israel has been particularly tense over the past few weeks, following a series of terror attacks that claimed the lives of eight Israelis in mid August; as well as several days in which Israel’s south and western Negev communities suffered heavy shelling by Gaza Strip-based terror groups.

Following the terror attack, in which five Egyptian troops were also killed, Israel and Egypt agreed to increase the presence of Cairo troops in the Sinai Peninsula. As a result, some 1,500 Egyptian soldiers deployed across Sinai on Monday. source – YNET