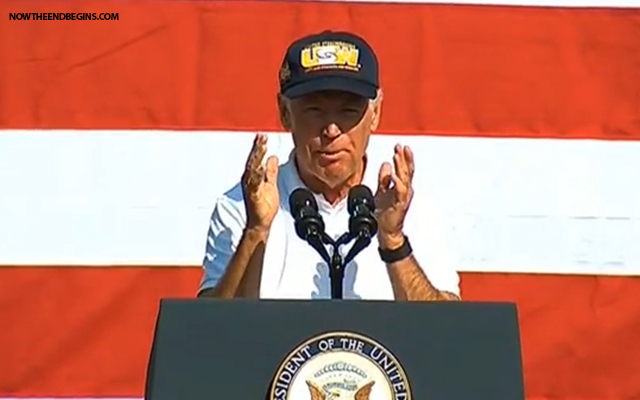 EDITOR’S NOTE: In what may well be the most truthful words uttered by any Democrat running for office in 2016, ‘Gaffe Machine‘ Joe Biden blasted the Obama administration’s handling of the US economy and called it “devastating for workers.”  But hey, wait a second Joe…aren’t YOU the Vice President in the Obama regime? Oops……unintentional truthiness just slipped out.

Biden, who is openly considering running against Hillary Clinton in the Democratic primary, thanked “my friend” Richard Trumka, president of the AFL-CIO. ”

“Let me tell you something, man,” Biden said. “The tax code’s not fair. The wealthy aren’t paying their fair share.”

“It’s the way the tax code has been setup,” Biden charged. source