Are you in? The Obama campaign apparently didn't look backwards into history when selecting its new campaign slogan, "Forward" — a word with a long and rich association with... 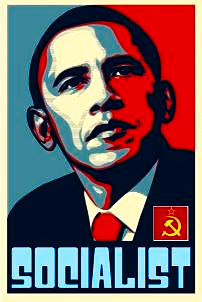 The Obama campaign apparently didn’t look backwards into history when selecting its new campaign slogan, “Forward” — a word with a long and rich association with European Marxism.

Many Communist and radical publications and entities throughout the 19th and 20th centuries had the name “Forward!” or its foreign cognates. Wikipedia has an entire section called “Forward (generic name of socialist publications).

“The name Forward carries a special meaning in socialist political terminology. It has been frequently used as a name for socialist, communist and other left-wing newspapers and publications,” the online encyclopedia explains.

The slogan “Forward!” reflected the conviction of European Marxists and radicals that their movements reflected the march of history, which would move forward past capitalism and into socialism and communism.

The Obama campaign released its new campaign slogan Monday in a 7-minute video. The title card has simply the word “Forward” with the “O” having the familiar Obama logo from 2008. It will be played at rallies this weekend that mark the Obama re-election campaign’s official beginning.

There have been at least two radical-left publications named “Vorwaerts” (the German word for “Forward”). One was the daily newspaper of the Social Democratic Party of Germany whose writers included Friedrich Engels and Leon Trotsky.

It still publishes as the organ of Germany’s SDP, though that party has changed considerably since World War II. Another was the 1844 biweekly reader of the Communist League. Karl Marx, Engels and Mikhail Bakunin are among the names associated with that publication.

Vladimir Lenin founded the publication “Vpered” (the Russian word for “forward”) in 1905. Soviet propaganda film-maker Dziga Vertov made a documentary whose title is sometimes translated as “Forward, Soviet” (though also and more literally as “Stride, Soviet”).

Conservative critics of the Obama administration have noted numerous ties to radicalism and socialists throughout Mr. Obama’s history, from his first political campaign being launched from the living room of two former Weather Underground members, to appointing as green jobs czar Van Jones, a self-described communist. source – Washington Times