"Our government should not be in the business of warehousing children in converted box stores or making plans to place them intent cities in the desert outside of El Paso." Laura Bush then said the detention facilities being used to house thousands of children are "eerily reminiscent" of the internment camps that held 120,000 Japanese Americans during World War II, and are "now considered to have been one of the most shameful episodes in U.S. history."

Former US first lady Laura Bush rarely speaks out on political issues but on Sunday she openly criticized the Trump administration’s separation of children from their parents along the border.

Kinda funny how former first lady Laura Bush is now so outraged at the Trump immigration policies regarding the treatment of illegal immigrants caught at the border, but was silent during the 8 years of Barack Obama who ordered that immigrant kids be put in cages and wrapped in foil.

The shocking truth is that the Bush Crime Family was only ever ‘Republican’ when they were allowed to control the party and bend it to their collective will. In 2016, when their man-boy Jeb Bush got pounded by Donald Trump in the 2016 Presidential Debates, the Bushes threw their support over to Crooked Hillary and the Clinton Machine.

Yes, it’s very sad when children get separated from their parents at the border, but sadder still than that is when illegal immigrant adults use their children as props in a scheme to obtain free benefits from a country they are entering into illegally. The Bush Crime Family are traitors to this nation, and are actively conspiring to overthrow the presidency of Donald Trump. Hypocrite Laura Bush can take her false piety and calculated outrage and go have tea with her good buddy Michelle Obama.

‘It is immoral’: Former first lady Laura Bush criticizes the separation of migrant children from their parents

FROM BUSINESS INSIDER: In April, Attorney General Jeff Sessions announced a “zero tolerance” policy towards migrants crossing the US border illegally, which leads to adults being tried as criminals and thus losing custody of their children. In that time, nearly 2,000 children have been separated from their parents leading to crowded facilities and devastating scenes.

In an op-ed published Sunday in The Washington Post, Laura Bush said the policy “breaks my heart.”

“The reason for these separations is a zero-tolerance policy for their parents, who are accused of illegally crossing our borders. I live in a border state. I appreciate the need to enforce and protect our international boundaries, but this zero-tolerance policy is cruel. It is immoral. And it breaks my heart,” Bush wrote.

“Our government should not be in the business of warehousing children in converted box stores or making plans to place them intent cities in the desert outside of El Paso.”

Laura Bush then said the detention facilities being used to house thousands of children are “eerily reminiscent” of the internment camps that held 120,000 Japanese Americans during World War II, and are “now considered to have been one of the most shameful episodes in U.S. history.” 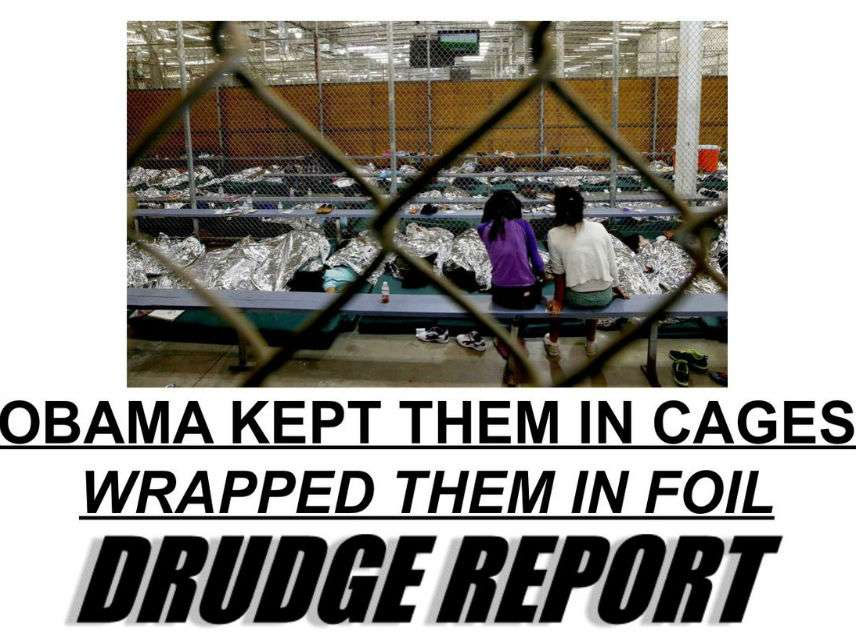 Bush highlighted how this internment affects individuals mentally and physically. Japanese Americans who were interned, half of whom were children, are now more than twice as likely to suffer cardiovascular disease and even die prematurely.

Separating children from caregivers can also cause irreversible harm that affects a child’s ability to cope and self-soothe, which can lead to depression and post-traumatic stress disorder (PTSD).

How many people know this? George H.W. Bush’s father, who adopted the name Prescott Bush after migrating to America, was an official Nazi supported by Hitler and a driving force behind the coup on President Roosevelt. Prescott Bush financed Hitler’s rise to power, a well-known fact in history. According to former Nazi Otto Skorzeny, who became a CIA agent, hired by the Bushes, both George H W Bush and his father were Nazi informants, like himself.

Did The Bush Crime Family Help Hitler Into Power?

The family that produced two Presidents made its fortune and established its power in the era when Hitler and the Nazis rose to power in Europe, and changed the world forever. However, worrying connections were found between Prescott Bush, grandfather of George W., and the finances behind the Nazi Party. Did Prescott Bush help Hitler get power in Germany?

When President Barack Obama sent children away and put them in cages wrapped in foil, the fake news media could do nothing but praise him for his ‘toughness’. But that was them, this is now, and fake news CNN, Laura Bush and all the others only have one goal in mind. Stop Trump. Total liars and hypocrites.