Hamas militants in the Gaza Strip say they have launched a rocket on Jerusalem - the first time the holy city has been targeted from Gaza.... 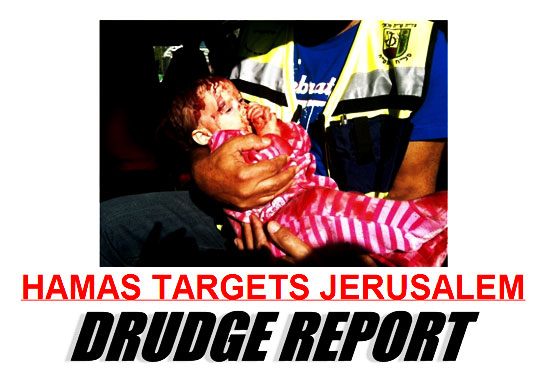 Hamas militants in the Gaza Strip say they have launched a rocket on Jerusalem – the first time the holy city has been targeted from Gaza.

Israel Army radio said the missile landed just outside the city – and there are no reported casualties. An earlier missile targeted Tel Aviv.

THIS FROM AN NTEB SOURCE INSIDE JERUSALEM 11/16/12 11:09 AM EST: “..rockets are dropping near the Temple Mount. We were just there and alarms were sounding. We can still hear activity.”

Egypt’s leader has vowed to back Gaza in the face of “blatant aggression”.

Twenty Palestinians and three Israelis have been killed since Wednesday.

Militants and civilians, including at least five children, were among the Palestinian dead, Palestinian officials said.

They include Hamas’s military leader Ahmed Jabari, killed by an Israeli air strike on Wednesday.

Two Israeli women and a man died when a rocket fired from Gaza hit a building in the southern town of Kiryat Malachi on Thursday, Israeli officials said.

Before the recent upsurge, Israel had repeatedly carried out air strikes on Gaza, as Palestinian militants fired rockets across the border.

It is not clear if the rocket targeting Jerusalem was the same Iranian-built Fajr-5 launched towards Tel Aviv for the second day on Friday.

The rockets have an estimated range of 75km (45 miles). source – BBC