Disney files patent applications to use drones at parks. Tens of thousands of people all with RFID tracking devices in a controlled space makes for quite the petri dish,... 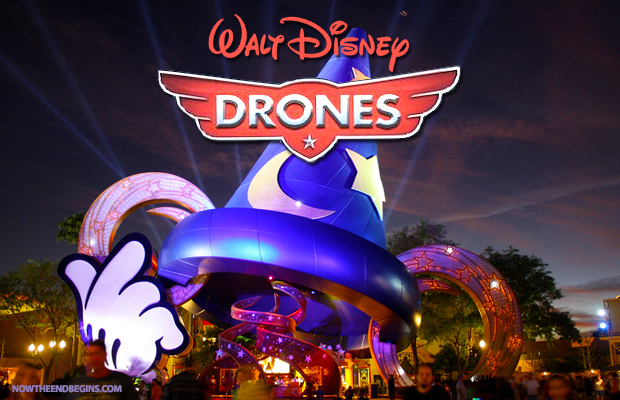 Disney files patent applications to use drones at parks

Last year, we reported to you that Walt Disney Enterprises spent 1 BILLION dollars to install wearable RFID tracking wristbands for all park guests worldwide. It caused quite a stir, and now that the hoopla has died down we see Phase #2 – drones. These drones, obviously, will do more than simply “entertain” the park guests. They will be connect to your MyMagic+ RFID wristband for a complete Mark of the Beast experience. We are quite sure that if you were to dig just a little deeper below the surface, you would see that DARPA, the NSA and Pentagon are all using the Magic Kingdom to conduct crowd control surveillance, tracking and testing.

Tens of thousands of people all with RFID tracking devices in a controlled space makes for quite the petri dish, wouldn’t you say?

ORLANDO, Fla. –Disney may soon use drones to enhance its nightly entertainment, according to three patents filed last week. The patents indicate drones could carry marionettes, projection screens, and even act as flying pixels.

CLICK IMAGE TO SEE WHAT ELSE DISNEY HAS BEEN UP TO

Al Ducharme runs Hoverfly Technologies, which designs and manufactures drones uses in film and television production all over the world. He says GPS technology would allow Disney to run identical shows nightly.

And while some tourists expressed concern about the safety of drones flying overhead, Ducharme said the technology is reliable.

“I’m sure Disney will cordon off an area to fly drones over,” Ducharme said. “With any kind of technology, be it a roller coaster or a drone, you have to take safety into consideration.”