The live event will take place at the original Exorcist House in the suburbs of St. Louis where the infamous ritual was performed on Roland Doe in 1949, and... 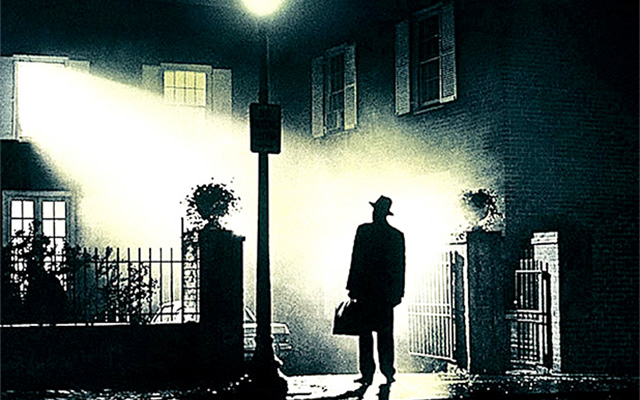 Destination America is taking the reality television genre to a place it’s never been before, by airing an exorcism live on TV, with “Exorcism: Live!” in October.

“And in those days shall men seek death, and shall not find it; and shall desire to die, and death shall flee from them.” Revelation 9:6 (KJV)

EDITOR’S NOTE: Over the past few years, America has become obsessed with dark things, even Pope Francis can’t stop talking about performing exorcisms. Just  last weekend, an 8 foot high statue of Baphomet was unveiled and hundreds bowed down to worship it. The Age of Grace is nearly at an end now, and what is waiting in the wings is truly frightening. But if you know Jesus as your Saviour, you can miss the coming time of Great Tribulation.

“Exorcism: Live!” will air in October, just in time for Halloween, and to commemorate the 66th anniversary of “The Exorcist.” The event will follow the Tennessee Wraith Chasers, as well as the psychic medium Chip Coffey as they search through the Exorcist House, using state of the art technology to do daytime and nighttime investigations, documenting as much evidence as they can of demonic entities on live TV.

The live event will take place at the original Exorcist House in the suburbs of St. Louis where the infamous ritual was performed on Roland Doe in 1949, and which inspired the film “The Exorcist.”

“As we step into one of the most haunted and well-known spirit destinations in America, ‘Exorcism: Live!” will show exactly what is inside this infamous, highly dangerous and possessed home.” said Marc Etkind, general manager of Destination America, in a statement. “By actually exorcising this iconic house live, Destination America will do what it does best — bringing never before seen experiences to television.”