The shift to move NORAD back to the Cheyenne Mountain base in Colorado is designed to safeguard the command's sensitive sensors and servers from a potential electromagnetic pulse (EMP)... 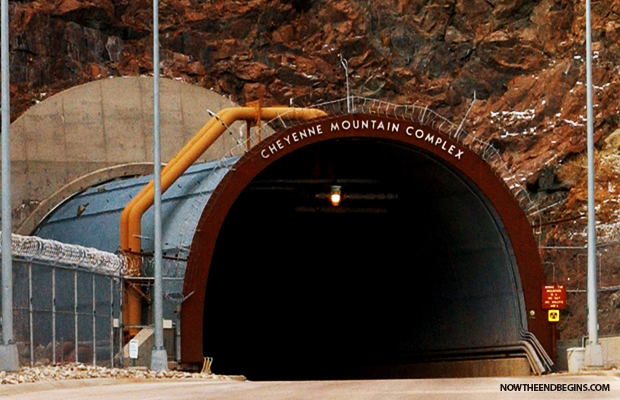 The US military command that scans North America’s skies for enemy missiles and aircraft plans to move its communications gear to a Cold War-era mountain bunker, officers said.

EDITOR’S NOTE: The United States has many enemies, chief of which being Russia, China and Iran. Both Russia and China are fully capable of launching a successful EMP attack on the US at any time. That time is right around the corner.
The shift to move NORAD back to the Cheyenne Mountain base in Colorado is designed to safeguard the command’s sensitive sensors and servers from a potential electromagnetic pulse (EMP) attack, military officers said. NORAD, or the North American Aerospace Defense Command is a combined organization of the United States and Canada that provides aerospace warning, air sovereignty, and defense for Northern America.
The Pentagon last week announced a $700 million contract with Raytheon Corporation to oversee the work for North American Aerospace Command (NORAD) and US Northern Command.

The Cheyenne Mountain Complex in Colorado is the once and future home of NORAD.

Admiral William Gortney, head of NORAD and Northern Command, said that “because of the very nature of the way that Cheyenne Mountain’s built, it’s EMP-hardened.”

“And so, there’s a lot of movement to put capability into Cheyenne Mountain and to be able to communicate in there,” Gortney told reporters.

“My primary concern was… are we going to have the space inside the mountain for everybody who wants to move in there, and I’m not at liberty to discuss who’s moving in there,” he said.

The Cheyenne mountain bunker is a half-acre cavern carved into a mountain in the 1960s that was designed to withstand a Soviet nuclear attack. From inside the massive complex, airmen were poised to send warnings that could trigger the launch of nuclear missiles.

But in 2006, officials decided to move the headquarters of NORAD and US Northern Command from Cheyenne to Petersen Air Force base in Colorado Springs. The Cheyenne bunker was designated as an alternative command center if needed.

That move was touted a more efficient use of resources but had followed hundreds of millions of dollars worth of modernization work at Cheyenne carried out after the attacks of September 11, 2001.

Now the Pentagon is looking at shifting communications gear to the Cheyenne bunker, officials said. “A lot of the back office communications is being moved there,” said one defense official.

Officials said the military’s dependence on computer networks and digital communications makes it much more vulnerable to an electromagnetic pulse, which can occur naturally or result from a high-altitude nuclear explosion.

Under the 10-year contract, Raytheon is supposed to deliver “sustainment” services to help the military perform “accurate, timely and unambiguous warning and attack assessment of air, missile and space threats” at the Cheyenne and Petersen bases.