Has the Muslim Brotherhood truly infiltrated the Obama White House? Fatah certainly seems to think so. His accusations, particularly those that focus on U.S. government infiltration, are worth exploring... 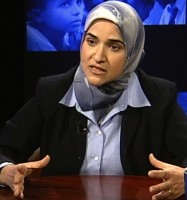 Has the Muslim Brotherhood truly infiltrated the Obama White House? Fatah certainly seems to think so. His accusations, particularly those that focus on U.S. government infiltration, are worth exploring further.

After all, how better to take down an opponent than to infiltrate U.S. leadership ranks? That, in fact, has been one of the Brotherhood’s plans for years. Cal Thomas writes:

In 1991, a memo written by Mohamed Akram for the Shura Council of the Muslim Brotherhood spelled out the objective of the organization. Akram said the Muslim Brotherhood “must understand that their work in America is a kind of grand Jihad in eliminating and destroying the Western civilization from within and ‘sabotaging’ its miserable house by their hands and the hands of the believers so that it is eliminated and God’s religion is made victorious over all other religions.”

Back in February, there was an uproar after James Clapper, the Director of National Intelligence, publicly stated that the Muslim Brotherhood is a “heterogeneous group“ that is ”largely secular.” His bizarre and contrary to evidential statements, which can be viewed below, were made only hours after the Brotherhood claimed that Sharia law is its ultimate goal:

Considering these bold calls to action and warnings (particularly the charge that the Muslim Brotherhood has worked its way into the White House) one wonders if there is legitimate evidence to backup these claims. And if so, then who, in particular, has infiltrated the U.S. government?

Trevor Loudon has a post on his web site that asks these same questions, while providing two potential names of individuals some say have ties to the Muslim Brotherhood. Here, we will examine these individuals to see if they do, indeed, have any connection to the radical political group.

The first name mentioned in the Loudon piece is Rashad Hussain, a lawyer and the U.S. Special Envoy to the Organisation of the Islamic Conference (OIC). In February 2010, Thomes wrote that Hussain’s appointment to the OIC “should be of serious concern to Congress and the American public.” According to FrontPage Magazine:

The Global Muslim Brotherhood Daily Report took a look at Hussain’s official biography and found several concerning affiliations. The first is that in October 2000, Hussain spoke at a conference sponsored by the Association of Muslim Social Scientists, which was listed in an internal Muslim Brotherhood document as one of “our organizations and the organizations of our friends,” and the Prince Alwaleed Center for Muslim-Christian Understanding of Georgetown University, which receives Saudi funding and is directed by prominent Muslim Brotherhood advocate, John Esposito.

Coincidentally, in 2003, Hussain was also a fellow at the Paul and Daisy Soros Foundation. Paul Soros is billionaire “philanthropist” George Soros’ brother. Additionally, FrontPage reported that Hussain “played a role” in the Muslim Students Association’s annual conference back in 2004. This group, too, was connected to the Muslim Brotherhood (in fact, it was founded by the Brotherhood) in 1963.

It was at this conference that Hussain spoke with the daughter of Professor Sami Al-Arian. Al-Arian was convicted of being a leader of the Palestinian Islamic Jihad; he later admitted to being a Muslim Brotherhood member as well. At the event, Hussain defended Al-Arian and claimed that his legal ordeal was essentially “politically-motivated persecution.”

But, it doesn’t end there. In May 2009, Hussein also spoke at a conference which was allegedly sponsored by Islamic Brotherhood affiliates. This being said, Hussein does support the term “Hamas terrorists” and there is no evidence that he has been sympathetic to the group. Still, Thomas writes, “…it is unsettling to see someone with Hussain’s background representing the United States to nations that may harbor or fund terrorists and want to destroy Israel and America.”

The second name Loudon’s site mentions is Dalia Mogahed, who is coincidentally the Senior Analyst and Executive Director at the Gallup Center for Muslim Studies.

In 2009, Obama nominated Mogahed to sit on his Advisory Council on Faith-Based and Neighborhood Partnerships. According to DiscovertheNetworks.org, she co-authored the book “Who Speaks for Islam?: What a Billion Muslims Really Think” with the controversial Esposito. Here, though, is where much of the controversy surrounding her stems from:

In early October 2009, Mogahed was interviewed on a British television program hosted by Ibtihal Bsis, a member of the extremist Hizb ut Tahrir party, which seeks to facilitate the non-violent destruction of Western democracy and the creation of a worldwide Islamic state governed by Sharia Law. Bsis and another guest (also a member of Hizb ut Tahrir) stated that Sharia should be “the source of legislation” for all nations in the world; they also repeatedly condemned the “man-made law” and the “lethal cocktail of liberty and capitalism” that existed in Western societies. Mogahed did not dispute any of their assertions. source – The Blaze