The first picture of Mohammed Emwazi, otherwise known as British ISIS executioner Jihadi John's face as an adult has been published - from his time as a model student... 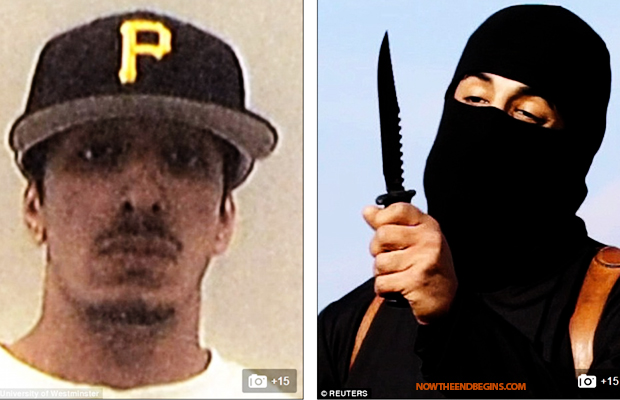 The first picture of British ISIS executioner Jihadi John’s face as an adult has been published – from his time as a model student at the University of Westminster.

The world’s most wanted man was named yesterday as Mohammed Emwazi, a British ‘known wolf’ who grew up in west London and fled to Syria under the nose of MI5 in 2012.

Mohammed Emwazi became radicalized at the University of Westminster in England, a hotbed for Islamic recruitment.

This afternoon this picture – the first of him as an adult – emerged from his time at the University of Westminster, where he studied Information Systems with Business Management from 2006 to 2009.

Wearing a Pittsburgh Pirates baseball cap and sporting a goatee beard, the photograph shows eyes which clearly belong to the Islamic State’s executioner-in-chief.

But when this photo was taken he was a model student at a London university – his academic record shows he passed all but two of the modules for his degree, gaining a 2:2.