A paradigm shift has occured in America. Seemingly overnight, Eurpoean-style street riots and aggressive anarchy have become part of everyday life. While a jobless 'recovery' slithers its way across... 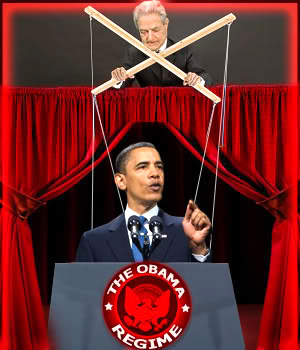 The fingerprint of George Soros

A paradigm shift has occured in America. Seemingly overnight, Eurpoean-style street riots and aggressive anarchy have become part of everyday life in cities all across the US. While

a jobless ‘recovery’ slithers its way across the landscape, cracks have begun to appear in the once-invulnerable “Might of America’. We have become an entitlement society that no longer produces anything, but only consumes. Food stamp use is up 61% since Obama has occipied the Oval Office. Gas prices, which were $1.78 when he was sworn in, have now begun to pass $4.00 in many states. $5 – $6 dollar gas is predicted by summer. Who is the current dreamer of the ‘American dream’?

You don’t need to think hard or dig deep to uncover the answer. The current sorry state of America is the ‘American Dream’ as dreamnt of by George Soros, Saul Alinsky, William Ayers and your current President, the Muslim-raised and Indonesia-educated Barry Soetoro…A.KA. Barack Huessein Obama.

America, you went to the ballot box three years ago, and you bought what they had for sale. They promised you that America would be “radically transformed’, and so she is. From the burnt-out, abandonded main streets of Detroit, to the tent cities of the Southwest, America has been  radically changed. Billions are given to bail out banks, while the homes of the Senior Citizens who have mortgages with those same banks are foreclosed on. The American Dream is turning into a third-world nightmare, and the worst part of it all is this. It is happening because you elected the very people who promised to do this. This is the “change” you shed tears of joy for. This is the worst generation…

…This is the end of America.

From KATU.com: PORTLAND, Ore. – Businesses in Northeast and Southeast Portland were damaged overnight and the vandals explained their actions in e-mails, police said.

The vandalism comes ahead of a planned Occupy Portland march and rally in Portland on Wednesday afternoon as part of the Shut Down the Corporations Day of Action. The event is also known as the F29 march and organizers said they will be focusing on corporations that are part of the American Legislative Exchange Council (ALEC).

Police said at about 10:20 p.m. Tuesday, a U.S. Bank branch near S.E. Cesar E. Chavez Boulevard and S.E. Main Street had windows broken out and the ATM was damaged. Police said rocks were found inside and outside the building.

About four hours later at around 2:15 a.m. Wednesday, police said they responded to reports of glass breaking at a Key Bank branch located at N.E. 38th and Broadway Street. Police said the suspects used rocks to break out the windows and damage an ATM machine there as well. Police searched the area and said they found no suspects. A Starbucks coffee shop on N.E. Sandy Boulevard near the Key Bank branch also had windows broken by rocks, police said.

Police said they received an e-mail that said it was from “Some Of Those Responsible” and read in part, “about an hour and a half ago (around ten pm, Tuesday night) a group of anticapitalists rolled up on the US Bank at SE 39th and Main and smashed out its windows and ATMs.”

The authors of the e-mail seemed to distance themselves from the Occupy Portland movement by saying “We don’t know whether this will be taken as solidarity or antagonism by the core of Occupy, but frankly that isn’t worth dwelling on for us. You said you wanted to help shut down corporations, and we helped to do that in our own way. Take it or leave it, we’re going to keep doing it.”

They closed with “good night, Occupy, and good luck tomorrow.” The full e-mail can be read here.

Police said a second e-mail was received after the Key Bank branch and Starbucks locations were vandalized, which read in part, “wherever capital chooses for its bunker, we will be there to attack it in the night.” It was signed “For freedom, for equality, for anarchy”. (Warning: this e-mail contains profanity)

According to the Portland Police Bureau, a permit has not been obtained for the planned Occupy Portland march and the route information has not been released. The rally is scheduled for 11:30 a.m. at S.W. Naito Parkway and S.W. Ankeny Street, under the west side of the Burnside Bridge. A march is then planned for 1 p.m. Kari Koch with Occupy Portland said protest organizers did not apply for a permit because they do not want the targeted businesses to know they are coming.

Occupy Portland organizers said they intend for their march and rally Wednesday to be peaceful and light-hearted. Police said anyone with information about the vandalism can submit a tip to CrimeTips@PortlandOregon.gov. source – KATU.com