Domain Awareness System is a joint venture between city and Microsoft. Commissioner Ray Kelly says system is able to access information through live video feeds and allow cops to... 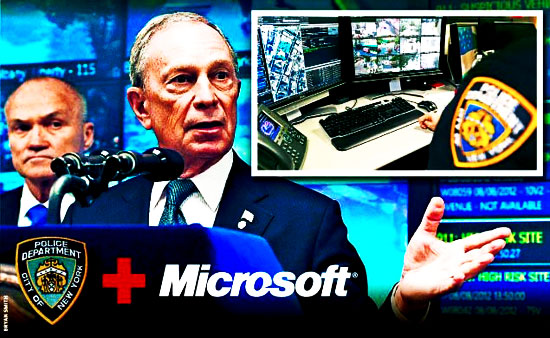 NYPD's new super computer system is a joint venture between the city and Microsoft. The system uses data from a network of cameras and allows cops to access information from living video feeds.
by Geoffrey Grider August 10, 2012
NOW THE END BEGINS SHARE:

RELATED STORY: The Mark of the Beast
Domain Awareness System is a joint venture between city and Microsoft. Commissioner Ray Kelly says system is able to access information through live video feeds and allow cops to get reading on radioactive substances

NYPD’s new super computer system is a joint venture between the city and Microsoft. The system uses data from a network of cameras and allows cops to access information from living video feeds.

The NYPD is starting to look like a flashy, forensic crime TV show thanks to a new super computer system unveiled Wednesday near Wall St.

“We’re not your mom and pop police department anymore,” Mayor Bloomberg crowed. “We are in the next century. We are leading the pack.”

The system, which cost somewhere between $30 and $40 million to develop, could also help pay for itself with the city expecting to earn 30% of the profits on Microsoft sales to other city’s and countries, Bloomberg said.

The joint venture began when the NYPD approached Microsoft about the effort, officials said. Cops were involved with the programmers throughout the process, earning the city its cut of the proceeds.

Officials declined to predict how much the city’s share of the system could be worth.

“For years, we’ve been stovepiped as far as databases are concerned,” NYPD Commissioner Raymond Kelly said. “Now, everything that we have about an incident, an event, an individual comes together on that workbench, so it’s one-stop shopping for investigators.” 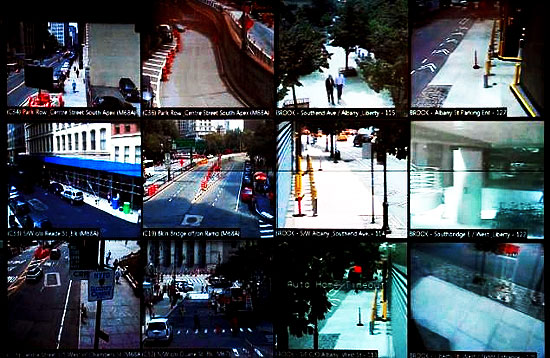 As we predicted, it is no longer just the terrorists that are being watched closely…it’s everyone.

Using the new system, investigators will be able to access information through live video feeds and could potentially see who left a suspicious package behind just moments later, Kelly said.

The system will also allow cops to get a reading on radioactive substances, and determine if it is naturally occurring, some kind of weapon or a harmless isotope used in medical treatments.

“We can track where a car associated with a murder suspect is currently located and where it’s been over the past several days, weeks or months,” Kelly said. “This is a system developed by police officers for police officers.”

The system will also check license plate numbers to a watch list and alert investigators if a match is detected and quickly pull up crime reports, arrests and warrants on a suspect.

The system has some civil liberties advocates warning of Big Brother type surveillance.

“We fully support the police using technology to combat crime and terrorism, but law-abiding New Yorkers should not end up in a police database every time they walk their dog, go to the doctor, or drive around Manhattan,” said New York Civil Liberties Union Associate Legal Director Chris Dunn. source – NY Daily News