The supreme guide of the Muslim Brotherhood, from which Egypt’s President Mohamed Morsi emanated, called on Thursday for a jihad (holy war) to liberate Jerusalem from Israeli rule. “Jerusalem...
by Geoffrey Grider October 12, 2012
NOW THE END BEGINS SHARE: 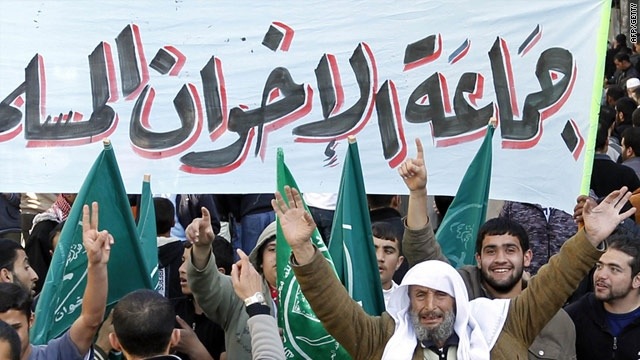 The supreme guide of the Muslim Brotherhood, from which Egypt’s President Mohamed Morsi emanated, called on Thursday for a jihad (holy war) to liberate Jerusalem from Israeli rule.

“Jerusalem is Islamic … and nobody is entitled to make concessions” on the Holy City, said Sheikh Mohammed Badie in his weekly message to supporters.

“The jihad for the recovery of Jerusalem is a duty for all Muslims,” he said, stressing that the liberation of the Holy City “will not be done through negotiations or at the United Nations.”
Israel, which signed a peace treaty with Egypt in 1979, has watched with concern as Islamists were catapulted to the forefront of politics following a popular uprising that toppled president Hosni Mubarak last year.

Morsi has repeatedly said he would respect international treaties signed by Cairo. But his former movement has also said there is room to revise the accords, without objecting to them in principle.