At the Eglin Air Force Base, in the Florida panhandle, all Lockheed AC-130 aircraft have been moved out "somewhere". Perhaps to the Persian Gulf?... 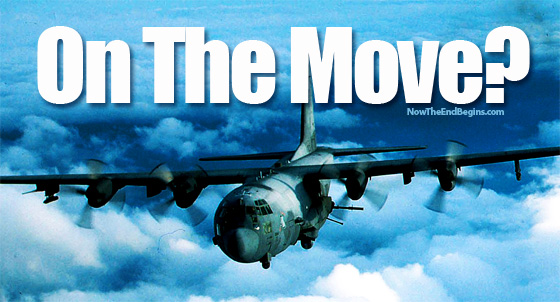 NTEB’s military sources have told us late this evening that at the Eglin Air Force Base, in the Florida panhandle, all Lockheed AC-130 aircraft have been moved out “somewhere”. We have not be able to confirm this yet and will keep you posted as the situation develops. Eglin AFB is home to the 33rd Fighter Wing, 919th Special Operations Wing, 7th Special Forces Group, and 53rd Wing to name a few.

But this would make perfect sense when you consider that a 30-nation team is, at this very moment, sweeping the entire Persian Gulf for mines in preparation of containing Iran after the strike on their nuclear facilities is carried out. NTEB believes we are only days away from that strike.

“British and US warships have joined a major naval exercise in the Persian Gulf as tensions between Israel and Iran over Tehran’s nuclear power programme increase. British forces are taking part in a joint operation conducted by the navies of more than 30 countries to sweep the area – a major transit point  of maritime trade – clean of mines.” Read The Full Story…