Dr. Jim Garrow Claims Obama Asked Military Leaders If They Will “Fire On US Citizens”

2009 Nobel Peace Prize nominee Jim Garrow shockingly claims he was told by a top military veteran that the Obama administration’s “litmus test” for new military leaders is whether... 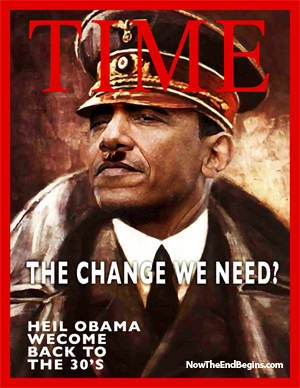 “The new litmus test of leadership in the military is if they will fire on US citizens or not”. Those who will not are being removed.
by Geoffrey Grider February 4, 2013
NOW THE END BEGINS SHARE:

Will the US Military be called on one day to fire on US citizens?

2009 Nobel Peace Prize nominee Jim Garrow shockingly claims he was told by a top military veteran that the Obama administration’s “litmus test” for new military leaders is whether or not they will obey an order to fire on U.S. citizens.

“The new litmus test of leadership in the military is if they will fire on US citizens or not”. Those who will not are being removed.

Garrow was nominated three years ago for the prestigious Nobel Peace Prize and is the founder of The Pink Pagoda Girls, an organization dedicated to rescuing baby girls from “gendercide” in China. Garrow has been personally involved in “helping rescue more than 36,000 Chinese baby girls from death.” He is a public figure, not an anonymous voice on the Internet, which makes his claim all the more disturbing.

“I have just been informed by a former senior military leader that Obama is using a new “litmus test” in determining who will stay and who must go in his military leaders. Get ready to explode folks. “The new litmus test of leadership in the military is if they will fire on US citizens or not”. Those who will not are being removed,” Garrow wrote on his Facebook page, later following up the post by adding the man who told him is, “one of America’s foremost military heroes,” whose goal in divulging the information was to “sound the alarm.”

Garrow’s claim is even more explosive given that the country is in the throes of a national debate about gun control, with gun rights advocates keen to insist that the founders put the second amendment in the Constitution primarily as a defense against government tyranny.

It also follows reports on Sunday that General James Mattis, head of the United States Central Command, “is being told to vacate his office several months earlier than planned.”

Concerns over US troops being given orders to fire on American citizens in the event of mass gun confiscation first arose in 1995 when hundreds of Marines at 29 Palms, California were given a survey as part of an academic project by Navy Lieutenant Commander Ernest Guy Cunningham which asked the Marines if they would, “Fire upon U.S. citizens who refuse or resist confiscation of firearms banned by the United States government.”

The survey was subsequently leaked because many of the Marines who took it were shocked by the tone of the question.

The US Military has clearly outlined innumerable civil emergency scenarios under which troops would be authorized to fire on U.S. citizens.

In July 2012, the process by which this could take place was made clear in a leaked US Army Military Police training manual for “Civil Disturbance Operations” (PDF) dating from 2006. Similar plans were also outlined in an updated manual released in 2010 entitled FM 3-39.40 Internment and Resettlement Operations.

The 2006 document outlines how military assets will be used to “help local and state authorities to restore and maintain law and order” in the event of mass riots, civil unrest or a declaration of martial law.

On page 20 of the manual, rules regarding the use of “deadly force” in confronting “dissidents” on American soil are made disturbingly clear with the directive that a, “Warning shot will not be fired.”