In the 2012 official DNC platform, all references to Jerusalem as Israel's capital have been removed by Obama and his team.... 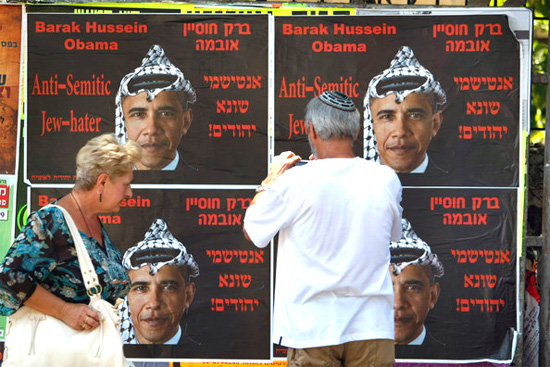 Obama and the Democrats no longer recognize Jerusalem as the capital of Israel.
by Geoffrey Grider September 4, 2012
NOW THE END BEGINS SHARE:

In the 2008 Democratic party platform, there was this language on Jerusalem, Israel:

“Jerusalem is and will remain the capital of Israel. The parties have agreed that Jerusalem is a matter for final status negotiations. It should remain an undivided city accessible to people of all faiths.”

This year, however, that language has been removed. Indeed, there is no mention of Jerusalem in the 2012 party platform adopted by Democrats.

In this year’s Democratic platform, there is this boilerplate language about Israel:

President Obama and the Democratic Party maintain an unshakable commitment to Israel’s security. A strong and secure Israel is vital to the United States not simply because we share strategic interests, but also because we share common values. For this reason, despite budgetary constraints, the President has worked with Congress to increase security assistance to Israel every single year since taking office, providing nearly $10 billion in the past three years. The administration has also worked to ensure Israel’s qualitative military edge in the region. And we have deepened defense cooperation – including funding the Iron Dome system – to help Israel address its most pressing threats, including the growing danger posed by rockets and missiles emanating from the Gaza Strip, Lebanon, Syria, and Iran. The President’s consistent support for Israel’s right to defend itself and his steadfast opposition to any attempt to delegitimize Israel on the world stage are further evidence of our enduring commitment to Israel’s security.

Obama and the Democrats no longer recognize Jerusalem as the capital of Israel.

It is precisely because of this commitment that President Obama and the Democratic Party seek peace between Israelis and Palestinians. A just and lasting Israeli-Palestinian accord, producing two states for two peoples, would contribute to regional stability and help sustain Israel’s identity as a Jewish and democratic state. At the same time, the President has made clear that there will be no lasting peace unless Israel’s security concerns are met. President Obama will continue to press Arab states to reach out to Israel. We will continue to support Israel’s peace treaties with Egypt and Jordan, which have been pillars of peace and stability in the region for many years. And even as the President and the Democratic Party continue to encourage all parties to be resolute in the pursuit of peace, we will insist that any Palestinian partner must recognize Israel’s right to exist, reject violence, and adhere to existing agreements.

But as yidwithlid.blogspot.com notes, this language is far weaker than the 2008 language:

The United States and its Quartet partners should continue to isolate Hamas until it renounces terrorism, recognizes Israel’s right to exist, and abides by past agreements. Sustained American leadership for peace and security will require patient efforts and the personal commitment of the President of the United States. The creation of a Palestinian state through final status negotiations, together with an international compensation mechanism, should resolve the issue of Palestinian refugees by allowing them to settle there, rather than in Israel. All understand that it is unrealistic to expect the outcome of final status negotiations to be a full and complete return to the armistice lines of 1949. Jerusalem is and will remain the capital of Israel.The parties have agreed that Jerusalem is a matter for final status negotiations. It should remain an undivided city accessible to people of all faiths. source – Weekly Standard