Why Didn’t Obama Fire Anyone After Benghazi Massacre?

#benghazicoverup "How is it after 29 systemic failures and two bombings and no one is held accountable?" Chaffetz said. "That's ridiculous."... 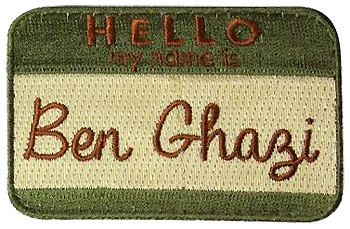 No liberal is ever responsible

The State Department has cleared four employees who had been suspended for their role in lax security leading up to last year’s terrorist attack in Benghazi, but Republican lawmakers say their investigation will go on.

“We will continue to hold hearings that shed light on the terrorist tragedy that is Benghazi,” said Rep. Jason Chaffetz, R-Utah, a member of the House Committee on Oversight and Government Reform, which is still investigating the attack. “The truth will get out there.”

Secretary of State John Kerry had his staff look at the actions of four employees singled out for rebuke as a result of an Accountability Review Board investigation ordered by Kerry’s predecessor, Hillary Rodham Clinton.

Kerry’s analysis of their actions, however, found that “There was no breach of duty by these four employees,” State Department spokeswoman Marie Harf told reporters Tuesday. “The right answer for these four is reassignment.”

Only a breach of duty would justify disciplinary action or firing, Harf said. The decision was made while considering their mostly-exemplary careers often spent in difficult places around the world, she said.

“Clearly this could have been done better,” Harf said, referring to security preparations in Benghazi. But “These are real people with real lives and real careers and real families, and we can’t take action just to make ourselves feel better.”

The review board identified 29 deficiencies, which Clinton later accepted and said would be addressed, that contributed to the severity of the Sept. 11, 2012 attack. U.S. ambassador to Libya, Christopher Stevens, and three other State Department employees died in the premeditated assault, which lasted several hours and involved the firing of light arms, rocket propelled grenades and mortars on two separate U.S. facilities in the birthplace of the uprising that deposed Libyan strongman Moammar Gadhafi in 2011. 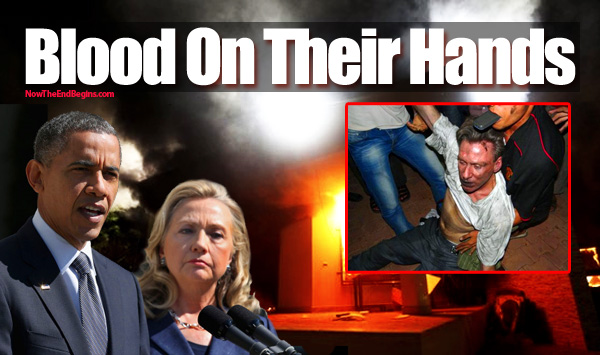 The attack followed two previous ones on the Benghazi Consulate in April and June, and a deteriorating security situation in that city, which prompted American security personnel in Libya to request additional personnel and fortifications for the facility. The requests were denied, Chaffetz said.

At least one of the suspended employees, Charlene Lamb, the deputy assistant secretary responsible for embassy security, testified before Congress that she stood behind her decision to deny those requests based on the information she had at the time. News reports based on anonymous sources said she and Eric Boswell, the assistant secretary of State for diplomatic security, had stepped down, but then it turned out they’d only been suspended.

“How is it (after) 29 systemic failures and two bombings and no one is held accountable?” Chaffetz said. “That’s ridiculous.”

Rep. Darrell Issa, the California Republican who chairs the oversight committee, said in a statement that Obama administration officials “repeatedly promised” the families of the victims and the nation that officials responsible would be held accountable.

The oversight committee plans a series of additional hearings “to dive into the depth of what did and did not happen” at the State Department before and during the attacks, Chaffetz said.

Lawmakers still want to know who made the decision not to beef up security in Benghazi despite repeated warnings of increased threats from radicals in the area. The oversight committee interviewed three of the four suspended employees and some of their supervisors in June and July, and at that time, none had been interviewed by State, Chaffetz said.

“I don’t know how the State Department came to this conclusion without those people ever having been interviewed at least as of July,” he said. source – USA Today