DENIED! Germany Says They Will NOT Back Palestinian State Request At UN

Germany will not back a Palestinian bid for a diplomatic upgrade at the United Nations, the government spokesman said on Wednesday. ... 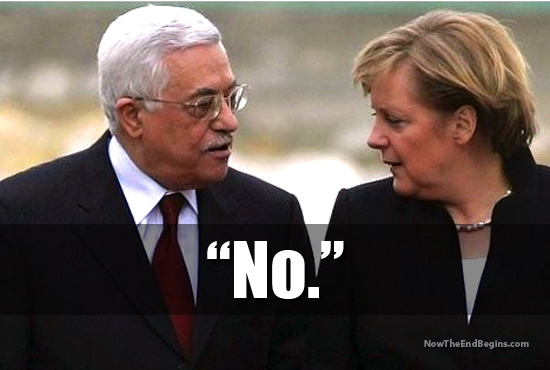 Germany will say no to Palestinian upgrade request at UN

BERLIN (Reuters) – Germany will not back a Palestinian bid for a diplomatic upgrade at the United Nations, the government spokesman said on Wednesday.

The United Nations is due to hold a vote on Thursday on an upgrade of Palestinian status at the 193-member body to an observer state from an observer entity.

“We are assessing the situation and want as much agreement as possible with our European partners… But it is certain that Germany will not vote for such a resolution,” spokesman Steffen Seibert told a news conference.  source – Yahoo News