"I felt scared cause I thought they were real people," said a young girl. At least one nine-year-old was frightened by a life-like Halloween display less than a block... 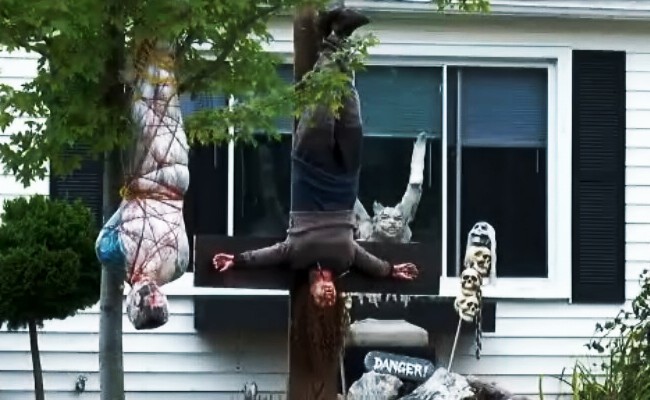 “We just want to do the Halloween fun of it and, you know, but definitely no ill intent, no.”

EDITOR’S NOTE: The woman in this story says she had “no ill intent” and was just looking to create some “Halloween fun” when she filled her front yard with lifelike corpses decorated as though that had been gruesomely murdered. And just to let you know who the real “spirit” behind Halloween is, she felt led to display an upside crucifix holding a corpse that had heroin needles sticking out of the victim’s jugular veins. The Devil just couldn’t enjoy himself on his holiday without taking a slap at the Lord Jesus Christ.

PARMA, Ohio — “I felt scared cause I thought they were real people,” said a young girl. At least one nine-year-old was frightened by a life-like Halloween display less than a block from Dentzler Elementary School she attends in Parma, Ohio. Jackie Anselmo is the child’s mother. She says they noticed the display on the way to school. “Shock. You take a double take because it is a very realistic display.

Almost horrified that somebody would think that it’s ok to put it that close to an elementary school,” Anselmo said. She says her daughter thought they were real bodies. The Parma resident said she and several other neighbors are bothered by how graphic the display is and that its so close to the elementary school. Anselmo was so troubled by it that she took a picture and emailed the city to try to get the display taken down. But, the city says there’s nothing they can do about it because it’s freedom of expression. Vicki Barrett says she and her husband haven’t had any complaints since they put up the display. “We don’t want to scare kids,” Barrett said. “We just want to do the Halloween fun of it and, you know, but definitely no ill intent, no.” 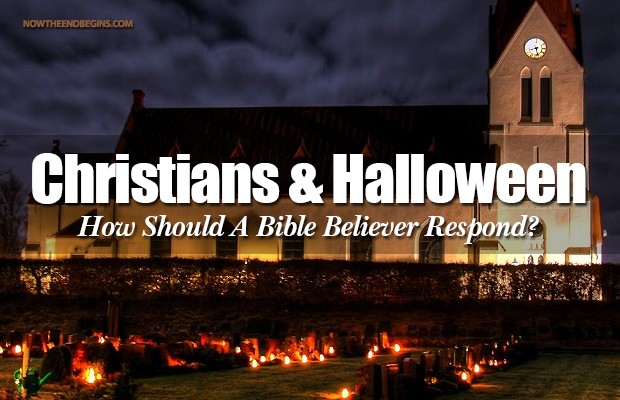 She says she even has a two-year-old and a teenager with special needs and would never do anything to purposely frighten children. “If it’s scaring some kids and we knew they’re having a hard time leaving school, yeah, we may have toned it down. We don’t want to scare kids,” Barrett said. Tone it down or take it down says Anselmo. Her daughter even offered up some suggestions of other Halloween displays. “Like fake plastic sculls or little tiny skeletons or blow up pumpkins.