The deaths of U.S. diplomatic personnel — and the State Department’s changing account of how they died — raise echoes for some of the security failures in Benghazi, Libya,... 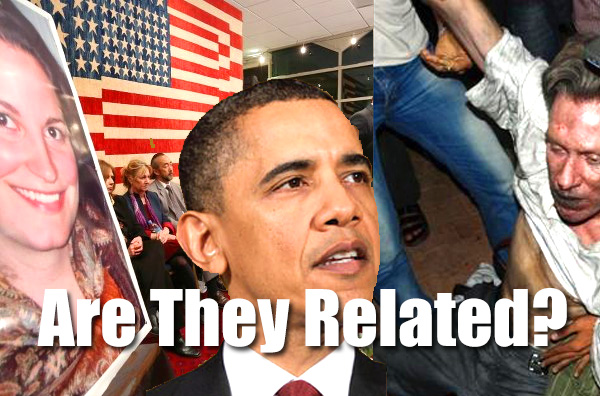 RELATED STORY: Read the NTEB Archives on the BENGHAZI COVERUP

The State Department has acknowledged that five Americans killed in Afghanistan, including 25-year-old diplomat Anne Smedinghoff, were on foot when they were caught in the blast of a suicide bomber, and not in an armored vehicle as officials told bereaved relatives earlier this week.

The deaths of U.S. diplomatic personnel — and the State Department’s changing account of how they died — raise echoes for some of the security failures in Benghazi, Libya, where Islamist extremists killed four Americans in assaults on the U.S. diplomatic compound Sept. 11.

“The question about Benghazi I always wanted an answer to was whether it was a one-off or whether there were systemic problems with the way the State Department was doing risk management for high-risk posts,” said James Carafano, a scholar at the Heritage Foundation think tank. “We never found that out.

They were members of a provincial reconstruction team delivering U.S.-donated books to a school in Qalat. Such teams are civilian-military partnerships designed to get U.S. personnel into the field to administer aid projects.

The governor of Zabol province, Mohammad Ashraf Nasery, the apparent target of the attack, was in an armored car and was not hurt in the blast, although three of his bodyguards were injured, according to reports over the weekend.

“Part of the initial confusion came about because there were reports in the media about the local governor and his convoy,” Mr. Ventrell said of the changing State Department account of the attack. “Some of our initial reporting also indicated that, and that’s why we weren’t able to clarify right away. So our initial read on it was different.”

Ms. Smedinghoff is the first U.S. diplomat to die in Afghanistan in 11 years of U.S.-led war and counterinsurgency, and the incident is the worst this year in terms of U.S. casualties.

Questions about the incident are likely to multiply in coming days, as more details about the attack are revealed. A witness reported Thursday that the provincial reconstruction team was lost, which is why the personnel were caught in the blast.

Ahmad Zia Abed, a reporter for Shamshad TV, told McClatchy News that about a dozen people, including media and diplomatic workers, plus their military escorts, were on the team.

When they arrived to deliver the schoolbooks, a man at the gate said they had the wrong building. They retraced their steps to the American base and were caught in the blast as they reached it, according to McClatchy.

Mr. Ventrell declined to comment about reports that the team was lost before being caught in the blast.

“In terms of all the rest of what happened that day, it’s still under investigation, so I don’t have a lot of other details to provide,” Mr. Ventrell said. source – Washington Times