A Defiant Obama Dares Congress To Stop Him, Says “Sue Me” If You Can

President Barack Obama defiantly dared congressional Republicans on Tuesday to try to block his efforts to act on his own and bypass a divided Congress that has thwarted his... 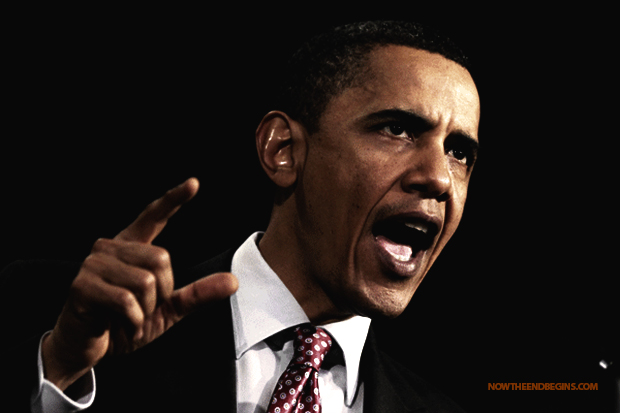 In the spirit of Antichrist

“And in his estate shall stand up a vile person, to whom they shall not give the honour of the kingdom: but he shall come in peaceably, and obtain the kingdom by flatteries.” Daniel 11:21

WASHINGTON (AP) — President Barack Obama defiantly dared congressional Republicans on Tuesday to try to block his efforts to act on his own and bypass a divided Congress that has thwarted his policy initiatives.

Obama will acknowledge no authority except his own.

“So sue me,” he taunted on a sweltering day, as he pushed lawmakers to pay for road and bridge repairs. “I’m not going to apologize for trying to do something.”

Obama struck an aggressive tone in the face of a lawsuit threat from House Speaker John Boehner and in the wake of two defeats before the Supreme Court, including a unanimous decision from the court that he overreached when he appointed members of the National Labor Relations Board while the Senate was in recess.

His remarks came a day after Obama declared that he would act on his own to address weaknesses in the nation’s immigration system after Boehner informed him that the House would not take up an immigration overhaul this year.

He has already taken a series of executive actions, including an order requiring federal contractors to pay a higher minimum wage and initiating steps to to lower carbon emissions in coal-fired power plants.