Entitled ‘Defend Roseburg – Deny Barack Obama’ – a Facebook page for the event accuses Obama of, “Politicizing the event as a conduit for increased executive orders on gun... 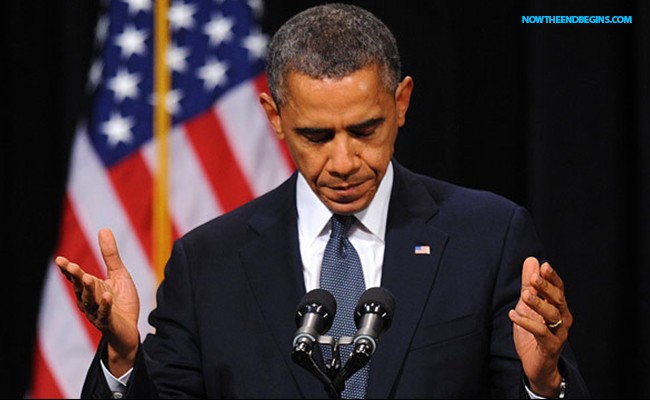 Significant numbers are expected to attend a protest against what some see as Barack Obama’s attempt to politicize last week’s shooting in Oregon when the President visits Roseburg on Friday.

Entitled ‘Defend Roseburg – Deny Barack Obama’ – a Facebook page for the event accuses Obama of, “Politicizing the event as a conduit for increased executive orders on gun control via means of his pen, and his phone.”

“We need a lot of people. Please come show your support for Roseburg, not the little man who has no respect for the Constitution,” states the page.

Over four and a half thousand people have indicated they will attend the protest, although the majority of those are likely just expressing support for the cause rather than their intention to physically be there.

Still, with media coverage of the demonstration accelerating, the sight of potentially hundreds if not thousands of Americans – many of them Oregonians – vocally opposing Obama’s gun control agenda threatens to present a PR nightmare for the White House.

The fact that some of those protesters will be exercising their open carry rights is also likely to cause a security headache for the Secret Service.

Some protesters have vowed to turn their backs on the President. “Our purpose is very simple: We mourn with Roseburg, and we respect their wish to be left alone to mourn,” states a post by organizer Kit Lange. “They do not want Obama there, and the President does not have the right to force himself on the people. We as Americans and patriots will do our peaceful and non-violent best to ensure their wishes are respected.”

Chris Mintz, who was shot seven times by gunman Chris Mercer, has been widely lauded as a hero for attempting to stop the massacre. However, according to Douglas County Commissioner Chris Boice, Mintz is “not really interested” in meeting Obama because he doesn’t want the tragedy to be politicized. AGoFundMe page for Mintz has raised nearly $800,000 dollars.

During an appearance on Bill O’Reilly’s show, David Jacques, publisher of the Roseburg Beacon, said that Obama was “not welcome” in Roseburg.

“Well I think the president will not be welcomed into the community. And that is not just my opinion. We talked to dozens upon dozens of citizens, some family members of the victims, our elected officials. And you may have a copy, if you don’t I’d be glad to read from it on the air that our Douglas County commissioners along with our Douglas County sheriff, who is very popular, and our chief of police all came to consensus language about him not being welcome here to grandstand for political purposes,” said Jacques. source