Mahmoud Ahmadinejad’s personal cameraman, Hassan Golkhanban, who defected from his UN entourage in New York on Oct. 1, brought with him an intelligence treasure trove of up-to-date photographs and... 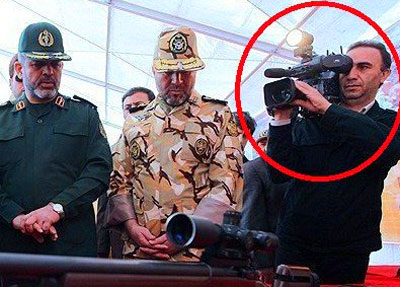 DEBKAfile reveals one of the CIA’s most dramatic scoops in many years, and epic disaster for Iran. Our most exclusive Iranian and intelligence sources disclose that President Mahmoud Ahmadinejad’s personal cameraman, Hassan Golkhanban, who defected from his UN entourage in New York on Oct. 1, brought with him an intelligence treasure trove of up-to-date photographs and videos of top Iranian leaders visiting their most sensitive and secret nuclear and missile sites. 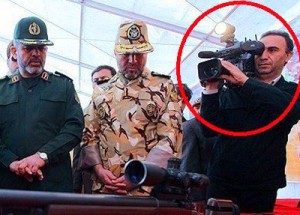 The cameraman, who is in his 40s, is staying at an undisclosed address, presumably a CIA safe house under close guard. He stayed behind when Ahmadinejad, after his UN speech, departed New York with his 140-strong entourage. For some years, Golkhanban worked not just as a news cameraman but personally recorded visits by the Iranian president and supreme leader Ayatollah Ali Khamenei of top-secret nuclear facilities and Revolutionary Guards installations.

When he left Tehran in the president’s party, his luggage was not searched and so he was able to bring out two suitcases packed with precious film and deliver it safely into waiting hands in New York.

The Iranian cameraman has given US intelligence the most complete and updated footage it has ever obtained of the interiors of Iran’s top secret military facilities and various nuclear installations, including some never revealed to nuclear watchdog inspectors. Among them are exclusive interior shots of the Natanz nuclear complex, the Fordo underground enrichment plant, the Parchin military complex and the small Amir-Abad research reactor in Tehran.

Some of the film depicts Revolutionary Guards and military industry chiefs explaining in detail to the president or supreme leader the working of secret equipment on view. Golkhanban recorded their voices.

Our sources also disclose that, in late September, he took the precaution of sending his wife and two children out of Iran on the pretext of a family visit to Turkey. They are most likely on their way to the United States by now.

From his years as a member of the loyal Bassij militia, the cameraman earned the complete trust of Iran’s security services and was able to reach his professional pinnacle as personal photographer for the two most eminent figures in the country, Khamenei and Ahmadinejad, with the task of recording their most confidential pursuits.

This was his second visit to New York. The first time, a year ago, US intelligence was able to make contact and persuade him to defect with his stock of priceless photos and film. Although Golkhanban’s defection to the United States and request for asylum was disclosed to the media some days ago, Tehran has not made any comment. source – DEBKA